Bharat Bandh: Roads To Avoid In Haryana And Delhi

The Delhi Traffic Police on Twitter posted information about various routes and roads open and closed due to the ongoing farmers' protests on Delhi borders. 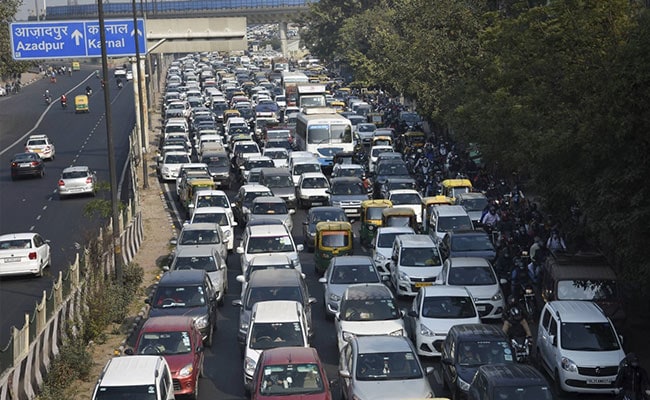 Arrangements have been made to facilitate normal functioning of traffic and transport system. (File)

The Haryana and Delhi Police have issued separate advisories on the traffic situation in view of the nation-wide "Bharat Bandh" called on Tuesday by farmers protesting against the Centre's new farm laws.

Haryana Additional Director General of Police (Law and Order) Navdeep Singh Virk said that elaborate arrangements have been made by the civil and police administration, as per directions of the state government.

The arrangements have been made to maintain public peace and order, prevent any kind of violence, maintain supply of essential items and to facilitate the functioning of traffic and public transport system across the state. The instructions in force due to COVID-19 pandemic situation have also been kept in mind, he added.

Mr Virk said that according to reports, it is expected that some groups might sit on dharna and block various roads and highways within Haryana. Almost all the districts in the state except Nuh and Narnaul are likely to be impacted by big or small road jams.

The police have also been asked to remain prepared for any kind of disruptions on various toll plazas in Haryana tomorrow.

Officials said the main national highways Delhi-Ambala (NH-44), Delhi-Hisar (NH-9), Delhi-Palwal (NH-19) and Delhi to Rewari (NH-48) might see some traffic disruptions for a short time. The peak time of impact is expected to be between 12 pm to 3 pm.

The Haryana official said all the residents are being informed about these arrangements in advance so that they are able to plan and modify their journeys accordingly, to avoid any inconvenience. All districts have also been advised to issue local advisories in this regard, he said.

The Delhi Police said adequate arrangements have been made to ensure normal movement of people on roads during the "Bharat Bandh" on Tuesday. "Delhi Police has also issued a traffic advisory for smooth movement of vehicles and commuters. Anybody who tries to disrupt normal movement, life or forcefully closes shops will be strongly dealt with, as per the law," Delhi Police (PRO) Eish Singhal said.

The Delhi Traffic Police on Twitter also released information about various routes and roads open and closed due to the ongoing farmers' protests on Delhi borders.

The National Highway-44 has also been closed on both sides. Those travelling are suggested to take alternative routes via Lampur, Safiabad and Saboli borders. Traffic has also been diverted from Mukarba and GTK road.

Those travelling towards Noida have been advised to take DND as the Chilla border on the Noida Link road too is closed for traffic.

"The Chilla border on Noida link road is closed for traffic from Noida to Delhi due to farmers' protests near Gautam Budh Dwar. People are advised to avoid the Noida link road for coming to Delhi and use the DND," the Traffic Police said.

The Traffic Police said those travelling to Haryana can take the route via Dhansa, Daurala, Kapashera, Rajokri NH-8, Bijwasan or Bajghera, Palam Vihar and Dundahera borders.

The shutdown has been called by the farmers' unions who have been protesting the three farm laws enacted in the Monsoon Session of Parliament. Major political parties, such as the Congress, Nationalist Congress Party, Dravida Munnetra Kazhagam, Samajwadi Party, Telangana Rashtra Samithi and the Left, on Sunday came out in strong support of the bandh.

Thousands of farmers, mostly from Punjab, Haryana and Uttar Pradesh, are protesting at various border points of Delhi against the new farm laws.