The farmers are demanding a special session of parliament to discuss crop support prices, a nationwide waiver of farm loans amid rising fertilizer costs and other agricultural inputs. 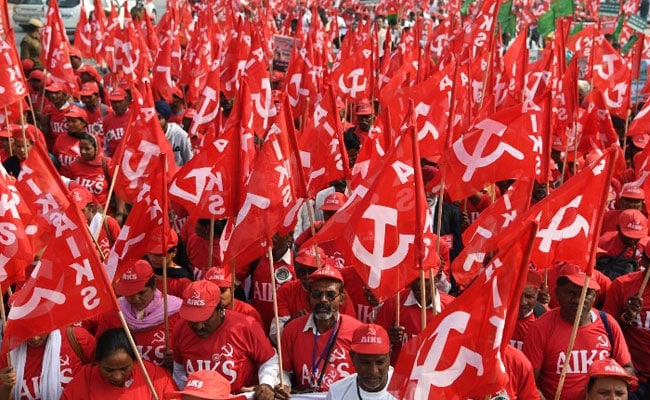 More than 30,000 people from about 200 farmer organisations reached the protest ground in Delhi. (AFP)

More than 50,000 people representing about 200 farmer groups started marching toward the parliament from the main protest ground located a few kilometers away, said Avik Saha, a member of political party Swaraj Abhiyan. Around 1,800 police personnel have been deployed to maintain order during the procession that passes through the business district, the police said.

PM Modi's administration is trying to win over the farmers and douse their ire over the failure to fulfill his promise of 50 per cent profit over the cost of production. As the country heads to polls, due in early 2019, the main opposition Congress party is moving to cash in on the disenchantment over unemployment and rising social tensions.

"The calculation of support price that the government fixes is erratic and erroneous," said Darshan Pal, a rice and wheat farmer from the northern state of Punjab, who is participating in the protest. "The government should include actual rent of land, interest on capital invested and skilled labor rate while calculating the cost of cultivation of various crops."

The farmers are demanding a special session of parliament to discuss crop support prices, a nationwide waiver of farm loans amid rising fertilizer costs and other agricultural inputs. The government's procurement agencies, which are mandated to purchase agricultural produce at guaranteed rates, buy only a small portion of total output, leaving millions of farmers across the country at the mercy of middlemen.

Keeping a key election promise made in 2014, PM Modi earlier this year approved a 50 per cent return over the cost of production. Still, prices of crops including rice, pulses and oilseeds in some wholesale markets are below the government-set rates. Lower prices, combined with inadequate government purchases, have triggered the protests.

About 800 million people of India's 1.3 billion depend directly or indirectly on farming, with agriculture accounting for about 16 percent of the economy. The country is the world's top grower of cotton and the second-biggest producer of wheat, rice and sugar.

Some farmers traveled for more than 2,000 kilometers from different parts of the country to reach New Delhi to participate in the two-day protest, according to Raju Shetty, a member of parliament from Maharashtra, who is participating in the protest.

Farmers fetched about Rs 360 billion ($5.2 billion) less last crop season due to lower market prices of commodities, including rice, corn, cotton, soybean and some pulses, than what they would have received by selling at government-set minimum purchase prices, Mr Saha of Swaraj Abhiyan said.

"We want PM Modi to waive our loans because banks are attaching farmers' properties," said Kumar Ramaswamy, 49, a farmer from the southern state of Tamil Nadu. "We should be paid a fair price for our produce."