Justice Banumathi commended the government and the judiciary for trying to ease the burden of cases. 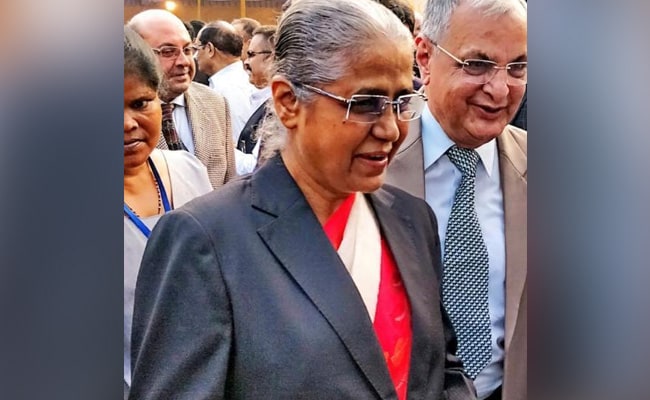 Justice Banumathi is retiring on July 19.

Justice Banumathi is retiring on July 19.

She commended the government and the judiciary for trying to ease the burden of cases.

"In the present day, everyone speaks of the pendency and backlog of cases, but I want to strike a positive note - various initiatives have been taken by governments and Judiciary," she added.
Justice Banumathi thanked her family members, colleagues and staff for support and praised the media saying their coverage of the Supreme Court has been disciplined.

On the last working day, Justice Banumathi sat with the Chief Justice, as a custom.

Attorney General KK Venugopal said the top court would be losing a good judge. He said she should continue legal work through arbitration.

Justice Banumathi served as judge for more than three decades. She began her career as a district judge in 1988 in Tamil Nadu. She was elevated as a Judge in the Madras High Court in April 2003. In 2013, she was appointed the Chief Justice of the Jharkhand High Court. In August 2014, she became a Supreme Court judge.

After her retirement, only two women judges - Indira Banerjee and Indu Malhotra - remain in the Supreme Court.