"Part Of Systematic Attacks...": Faculty At 2 IITs Back Student Protests

A section of the IIT-Bombay faculty today put out a solidarity statement condemning the attack on students and faculty members of JNU. 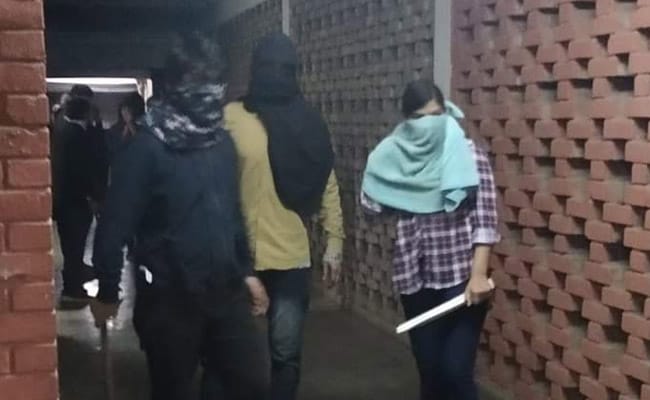 JNU's mob attack has been condemned across the nation.

As anger sweeps through educational institutions nationwide over the mob attack at Delhi's Jawaharlal Nehru University (JNU) on Sunday, the faculty at IIT-Bombay has come out in support of the "right to dissent and protest democratically within academic campuses" and outside.

A section of the IIT-Bombay faculty today put out a solidarity statement condemning the attack on students and faculty members of JNU.

"We see this as part of systematic attacks on all institutions in the country, including academic ones. We have watched with dismay the failure of universities and other academic institutes to protect their members; the cases are too many to be all listed here..." says the letter, naming the administrations of JNU, Aligarh Muslim University, Benaras Hindu University, and even Jamia Millia Islamia.

"We reassert the right of freedom of expression the Constitution of India grants us, and thus the right of intellectual engagement that follows from it including the right to debate, dissent, and protest democratically and peacefully within academic campuses as well as outside. We emphasize the intellectual autonomy of academic institutions to function without fear."

The letter is signed by 141 professors "in their personal capacity".

A day before the JNU violence, a similar letter emerged from IIT-Kanpur, where the administration has been criticized for a probe into claims that students protesting against a new religion-based citizenship law had hurt sentiments. The letter promised to stand by the students in "your attempts to express yourself in a responsible manner" after a controversy over students singing Urdu poet Faiz Ahmed Faiz's song at a protest last month. The song was labelled "anti-Hindu" by some students, which led to the administration ordering an in-house inquiry.

"We as teachers would like to remind ourselves and our students, to whom we are primarily accountable, that the duties of a public-funded university in a democratic country include critically examining every issue, curricular and extra-curricular, that concerns the society we live in and also to be tolerant to contrarian views," said the letter by professors from several departments at the Kanpur IIT.

"We stand by your right to discuss, debate and dissent on issues that you feel are important. And as teachers, we will strive to create an atmosphere in our campus where you can fearlessly express your opinion in any form, responsibly and conscientiously," said the faculty.

The letters reflect a significant departure for the IITs or Indian Institutes of Technology, a world-acclaimed institution that has always been seen to be apolitical. Like employees in any government-run institution, the IIT faculty has limited freedom to criticize central policies.

In 2015, based on an anonymous complaint to the government, IIT-Madras controversially banned a students' study group, the Ambedkar Periyar Study Circle, from using the institute's space, email and notice board. The study group was accused of "inciting protests against the government".