The Shiromani Akali Dal has now hit out at AAP and the Congress, saying that the SIT report has "exposed" the conspiracy of the two parties to put the blame on it for the desecration cases in Bargari village in 2015. 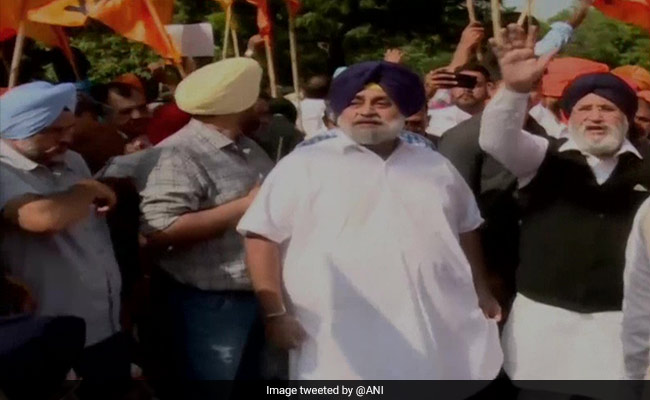 Shiromani Akali Dal has hit out at AAP and the Congress following the SIT findings. (File photo)

Seven years after a sacrilege incident triggered violent protests in Punjab, the Special Investigation Team (SIT) has indicated that the crime was committed following a conspiracy by Sirsa-based Dera Sacha Sauda head Gurmeet Ram Rahim for revenge. In its final investigation report, the probe team found no political involvement in the sacrilege incident - a claim that was made by Sikh outfits and political parties, including the Congress and the Aam Aadmi Party (AAP) to target the Shiromani Akali Dal (SAD).

The Shiromani Akali Dal has now hit out at AAP and the Congress, saying that the SIT report has "exposed" the conspiracy of the two parties to put the blame on it for the desecration cases in Bargari village in 2015.

The report said there was "direct link with the Dera Sacha Sauda and the accused persons who are involved in these cases are followers of the said dera."

"It is evident from material/evidence collected by the SIT of the Punjab Police that the accused were having direct nexus with the management of the dera. The motive behind the incidents was also having a link with the movie 'MSG-2'," it said.

The 467-page report of the special investigation team, however, does not include the firing incident in Kotkapura and Behbal Kalan which followed the sacrilege incidents.

While in opposition @BhagwantMann often alleged that Badals & Capt are hand in glove particularly over “Bargari” issues and that @capt_amarinder protects Badals in Behbal killings despite evidence but he's virtually given a clean chit to them in the final report of SIT on”Beadbi” pic.twitter.com/vGoBxuLl2m

Followers of the Dera Sacha Sauda were upset over the non-release of Ram Rahim starrer Messenger of God (MSG-2) movie, the report said.

Village protests broke out in Faridkot in 2015 after handwritten sacrilegious posters and torn pages of the Guru Ganth Sahib found scattered at Bargari village.

Two people were killed in the police firing at protesters at Kotkapura in Faridkot.