Expectant Father Among Those Missing After Uttarakhand Glacier Disaster

Those missing come from all over the country, many of them workers at two of the many hydroelectric dams in the state. 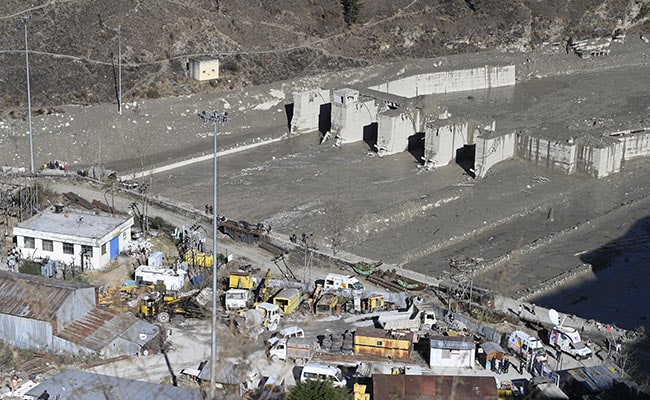 More than 170 people are still unaccounted for after the disaster on Sunday.

From a first-time expectant father to a son whose promised lunch break call never came -- relatives of those missing after the Uttarakhand glacier disaster waited for news and prayed for a miracle.

More than 170 people are still unaccounted for since Sunday, when a wall of water and debris -- blamed on a chunk of glacier breaking off upstream -- barrelled furiously down the valley, leaving a trail of destruction and despair.

Those missing come from all over the country, many of them workers at two of the many hydroelectric dams in Uttarakhand.

Four days later, their families are hoping against hope that some are still alive in the warren of tunnels where rescuers have been toiling to dig them out.

The 27-year-old welder Rawal Silsiwal, from Rishikesh, had 20-days of leave planned next month for the birth of his first child.

"He was thrilled about the child and had started a countdown until his holiday," said his uncle Vinod Pokhriyal.

"His wife won't survive the shock of losing him, and that makes us worry about the child."

Vijay Kumar Singh, 24, from Uttar Pradesh, missed his Saturday shift due to illness and worked on Sunday to compensate. He last spoke to his father the evening before.

"He called me every day before entering the tunnel but on Sunday he didn't," his father Ram Dhawan said. "I don't know where to look for him."

Santosh Yadav, 36, also from Uttar Pradesh, last spoke to his father at 9:45 am on Sunday before entering the tunnel.

"I will wait for his call until my last breath."

Basharat Ahmad Zargar, 53, from Srinagar in Kashmir, and the general manager of the company was running the Rishiganga hydroelectric plant. It was obliterated by the flood and 40 workers haven't been seen since.

Mr Zargar's "last seen" status on WhatsApp was on Sunday at 10:25 a.m -- apparently the time when the floods obliterated the plant.

"I spoke to him at 10:00 am and in an hour we heard about the flood. I called him immediately but his number was switched off. There is no trace of the power plant and I don't know if we will ever find his body," said Zargar's brother Shabir.

"We can't face his family without finding his body."

Stubbornly hanging around the entrance to the tunnel amid all the frenetic activity is a stray dog called Blackie who had befriended some of the employees.

"He must have realised something was amiss. The place was full of strangers who paid no attention to him," said worker Rajinder Kumar, who managed to escape the tunnel.

Rescue teams tried to shoo him away, "but he just kept coming back. He just wouldn't leave," Mr Kumar said, according to Times of India report.

"The dog has been roaming near the tunnel and was likely someone's pet who is trapped inside," an army officer told AFP.

"It entered the tunnel twice and looks distressed. We are trying to feed and comfort it."