High resolution satellite imagery accessed by NDTV indicates that in addition to setting up a village more than two kilometres within Bhutanese territory on the eastern periphery of the contested Doklam plateau, China has built a road in the same area that stretches approximately 9 kilometres inside Bhutanese territory. 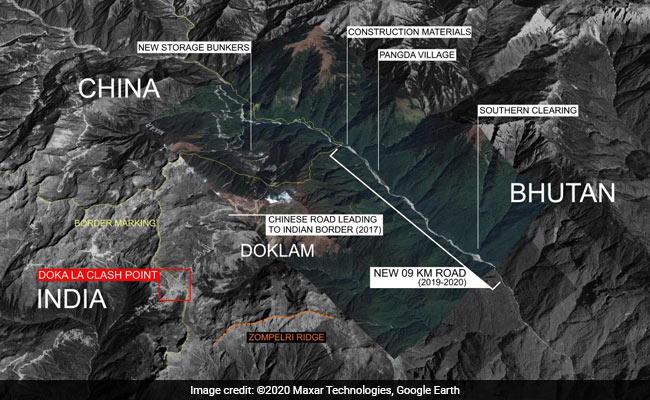 On that occasion, Chinese construction workers had attempted to access the ridge by extending their existing track near the Indian Army's post at Doka La which lies on the boundary between Sikkim and Dokala.

Soldiers of the Indian Army had then physically blocked Chinese road construction workers on grounds that access to the Zompelri ridgeline (which lies further south) was unacceptable since it would allow Chinese forces a clear sight of the "Chicken's Neck", the vulnerable sliver of land that links the northeast of India with the rest of the country. 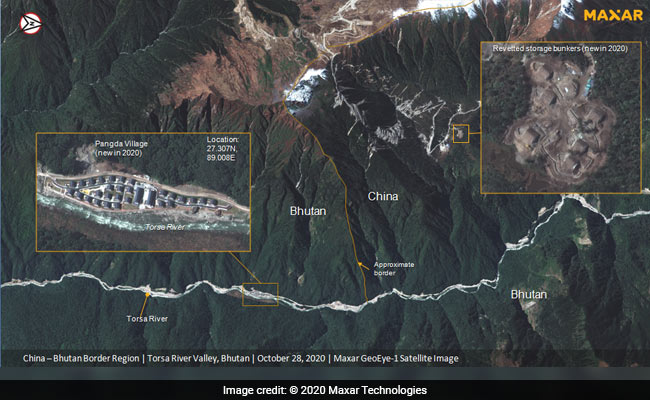 Now, three years later, Chinese construction workers, working on a different axis, have built a new road along the banks of the Torsa river, which extends southwards from the border between China and Bhutan.

This lies less than 10 km from the site of the 2017 face-off between Indian and Chinese forces which lasted more than two months and was only resolved when Prime Minister Narendra Modi and President Xi Xinping of China met in Wuhan in April 2018 where they agreed on de-escalating tensions.

"The Chinese have left untouched the 2017 stand-off site, which is located in one corner of Doklam,'' says strategic affairs expert, Dr Brahma Chellaney. ''But, step by step, they have been changing the status quo in the rest of Doklam, including by building permanent structures and roads and even setting up villages on a plateau that was uninhabited until three years ago.''

Clear evidence of Chinese road and village construction on the eastern periphery of the Doklam plateau emerged on Thursday when Shen Shiwei, a senior producer with CGTN, China's state-sponsored media, showcased several images of a village with several chalets by the side of a river.

He tweeted, ''Now, we have permanent residents living in the newly established Pangda village. It's along the valley, 35 km south to Yadong country. Here is a map to show the location.'' The new images shown in this report are from Maxar which provides some of the most comprehensive satellite imagery commercially available. According to Maxar, ''There has clearly been significant construction activity this year all along the Torsa River valley area with extensive road-building/construction activity underway as well as new military storage bunkers being built in China near the Doklam area".

The lead image in this report, contradicts a statement by the Bhutanese Ambassador to New Delhi, Major General Vetsop Namgyel.

In a statement to NDTV on November 19, Major General Namgyel said, ''There is no Chinese village inside Bhutan".

Asked whether Bhutan and China had reached any understanding on realigning the border in the contested area, the Ambassador said he ''does not comment on border matters.'' He did, however, confirm that Bhutan and China were involved in border talks.

Bhutan and China have been involved in border disputes for decades. According to Tenzing Lamsang, the Editor of The Bhutanese, ''Bhutan and China recognise the 269 sq km in the west and 495 sq km in north-central Bhutan as [being] disputed and so while there are maximalist claim lines from both sides, there is no mutually accepted international border there yet".

What seems clear though is that Beijing's policy, referred to in 2017 as "salami slicing" by General Bipin Rawat, now the Chief of Defence Staff, remains a reality, not just in Eastern Ladakh but in Doklam and in other parts of the Sino-Indian boundary as well. 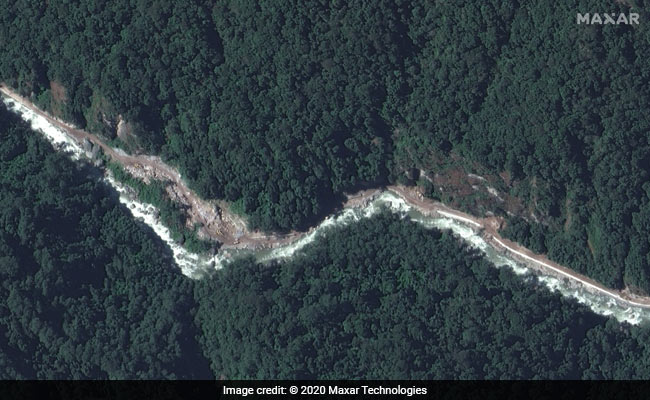 Contrary to rhetoric in 2017 that India forced China to 'withdraw' from the Doklam stand-off site, the new images seem to indicate that Beijing's determination to make probes in the contested area continues with utter disregard to New Dehi and Thimpu's sentiments.

For the Indian Army, any Chinese push southwards is bound to raise red-flags since Chinese forces will potentially have clear line-of-sight to sensitive areas in the "Chicken's Neck" for the first time.

"It is past time for India to call China out on its expansionism in Doklam by pointing out how it is encroaching on the territories of one of the world's smallest countries," says Brahma Chellaney. "As Bhutan's de facto security guarantor, India cannot turn a blind eye to China's aggressive activities in Doklam," he added.