Exclusive: Making Of Indias Space Shuttle - The Inside Story

Thiruvananthapuram: In an unassuming hangar near a fishing village in Kerala, efforts of more than 600 scientists over the last five years have converged to bring India one of its most extraordinary milestones in space exploration.

It was here that India's very own space shuttle dubbed the Re-usable Launch Vehicle (RLV) was conceived and nurtured by the Indian Space Research Organisation or ISRO.

The project began more than a decade ago at the Vikram Sarabhai Space Centre in Thiruvananthapuram - India's main rocket designing and fabrication laboratory.

NDTV's Science Editor Pallava Bagla was given a very rare and unique access to view first-hand the making of the futuristic spacecraft.

The 6.5 metre-long scale model of the re-usable launch vehicle weighs about 1.75 tonnes and has been made at a cost of Rs 95 crore. 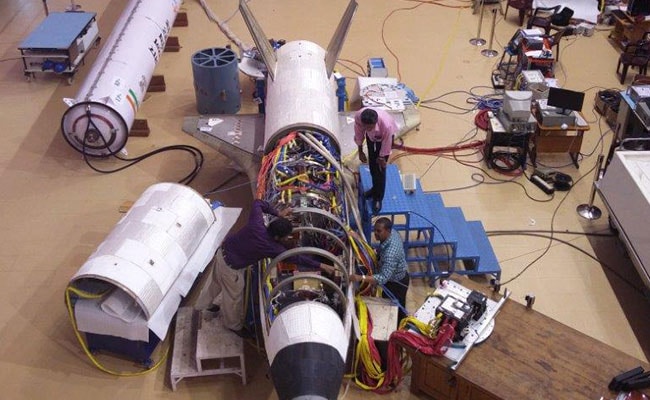 At 6.5 metres, this space shuttle is a scaled down replica of the final one, planned to be 40 metres.

Built as a technology demonstrator, ISRO plans to test two more such prototypes before the final version which will be about six times larger at around 40 metres and will take off around 2030.

Shyam Mohan, Project Director on the RLV, says his team has spent endless hours over the years trying to make sure that all systems work perfectly.

Mr Mohan, 53, who has spent three decades at ISRO, said he was chosen to design the RLV for India 15 years ago. "It was a dream come true as making a re-usable launch vehicle is a complex and challenging task," he said.

Americans successfully flew their space shuttles 135 times until they retired it in 2011 over cost constraints and the Russians flew it only once in 1989. Now India is boldly attempting to go where other space agencies have tried but failed.

K Sivan, director of the Vikram Sarabhai Space Centre, Thiruvananthapuram, said, "These are just the first baby steps towards the big Hanuman leap." 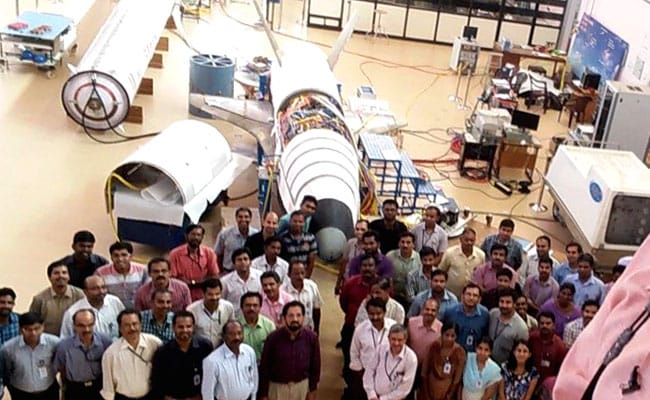 The space shuttle was built by a team of 600 scientists.

The RLV-TD was launched from Sriharikota on the coast of the Bay of Bengal in Andhra Pradesh at 7 am today.

The spacecraft was launched atop a nine-ton solid rocket engine that has been designed to burn slowly to accommodate the vertical lifting of a winged body.

After the launch, the space shuttle will fly to an altitude of 70 kilometres and then engage in a free-gliding flight that starts with an initial velocity five times that of sound. It will then land on a stretch of water in the Bay of Bengal some 500 kilometres from Sriharikota.

On this first flight, the RLV-TD will not be recovered but the data collected will be used to improve the designs, paving the runway to the final model - one small step for ISRO, one giant leap for India.