Amit Shah's decision to launch the contact and public awareness campaign by meeting Jagmohan Malhotra holds significance as he had long been a vocal critic of the special status of Jammu and Kashmir. 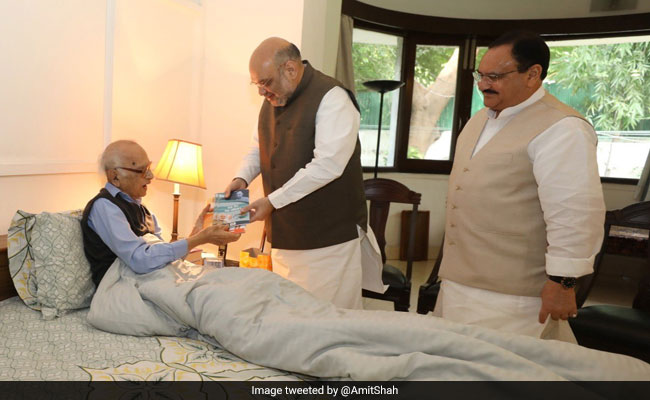 Union Home Minister Amit Shah and BJP working president J P Nadda met former Jammu and Kashmir governor Jagmohan Malhotra, known for his nationalist views on Kashmir, as part of the party's outreach to leading members of the society over the Centre's move to revoke provisions of Article 370.

The BJP has embarked on a month-long ''Sampark and Janjagran Abhiyan'' to seek people's support on the government's decision to end Jammu and Kashmir's special status under Article 370 of the Constitution, with its leaders and workers asked to fan out across the country to hold meetings.

Amit Shah's decision to launch the contact and public awareness campaign by meeting 91-year-old Jagmohan Malhotra holds significance as he had long been a vocal critic of the special status given to the state and had called for tough measures against terrorists and separatists.

His two terms as governor, first from 1984 to 1989 and then for a few months in 1990, when terrorism had erupted in the Valley, had drawn admiration and criticism, especially for his tough response to separatist violence, alike.

Politicians from the Valley often panned him for his alleged harsh measures but he also drew praise from many quarters for his no-nonsense approach and push for infrastructure development.

Jagmohan Malhotra was removed as governor in 1990 by then prime minister V P Singh due to the opposition's uproar. The decision was also backed by some of VP Singh's allies.