Retired IPS officer Aftab Ahmed Khan was involved in numerous operations against gangsters in Mumbai and terrorists during his decades-long career. 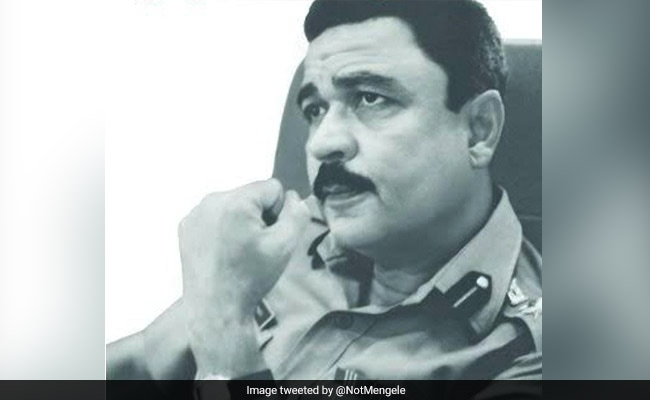 AA Khan was 81 and is survived with wife, two sons and a daughter. (File)

Retired IPS officer Aftab Ahmed Khan, credited with establishing the Anti-Terrorism Squad (ATS) in the Mumbai police three decades ago - the first such elite force in the country - died on Friday, a police official said.

The celebrated police officer was also involved in numerous operations against gangsters in Mumbai and terrorists during his decades-long career.

He was 81 and is survived with wife, two sons and a daughter.

Khan was infected with COVID-19 a few days ago and admitted to a private hospital in suburban Andheri from where he was later discharged, the official said.

However, this afternoon, he was again rushed to the hospital, where he was declared dead before admission, he said.

Khan, a 1963-batch IPS officer, had resigned from the Maharashtra police in 1995 when he was serving as an Inspector General of Police, he said.

The veteran officer was known as the founder of the ATS, which was the first such counter-terrorism organization in the country at that time, the official said.

The anti-terror agency was set up in the Mumbai police in 1990 on inspiration of the Special Weapons & Tactics (SWAT) of the Los Angeles Police Department.

"Khan saab was a dashing officer who always led from the front," Iqbal Shaikh, a retired ACP who worked with him in various operations, told news agency PTI.

During his decorated career, he never came under any kind of pressure and was always straight forward in his conduct, Mr Shaikh said.

A team led by Khan went to Baroda (now Vadodara) in Gujarat on January 24,1991, where 'Operation Baroda' took place for two days and the chief of Khalistan Commando Force, Baldeo Singh Saini, and four other terrorists were killed, he said.

"In 1992, five terrorists were killed by our team at Khindipada in suburban Mulund," recalled the retired ACP.

Terrorist Manjitsingh alias Lalsingh was arrested in 1992 by Khan's team at Dadar Railway Station in Central Mumbai, when he arrived by a train from Amritsar, Mr Shaikh said.

Lalsingh was allegedly involved in the 1985 Air India Kanishka flight bombing, he said.

Lalsingh was also involved in firing on then-Haryana Chief Minister Bhajan Lal during his visit to Canada, the former ACP said.