Himanta Sarma's government was heavily criticised after two people were killed in police firing when an eviction drive in Assam's Darrang district turned violent in September. 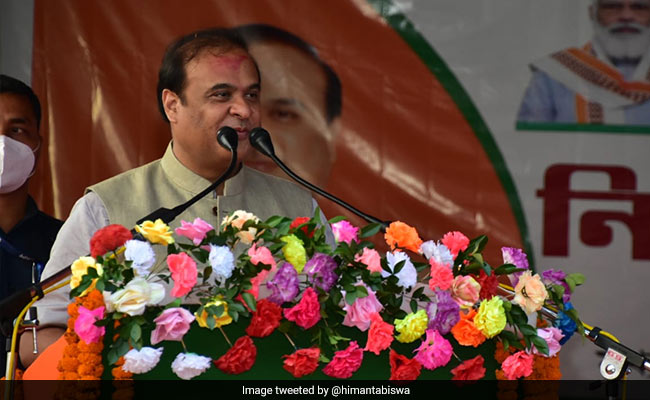 People of the northeast have reposed their faith in PM Modi's leadership, Himanta Sarma said (File)

The Chief Minister's remarks came after the BJP and its allies' resounding victory in the bypolls - winning all the seats that went to polls.

Himanta Sarma's government was heavily criticised after two people, including a 12-year-old, were killed in police firing when an eviction drive in Assam's Darrang district turned violent in September.

"We will continue with the evictions in the area of lower Assam, like Baghbar and Jania from where people were moved to other areas in the pretext of losing land due to erosion. But when I conduct aerial surveys, I see a lot of land available for settlement. We will do a survey of the land in the Char areas of Assam," Mr Sarma said.

The Chief Minister also praised the stellar performance by the BJP and its allies who have won all the 10 seats in the northeastern states in the bypolls.

"This victory in Assam is not a normal victory because in every seat the victory margins are huge. We did not get such margins even in the general elections. In many seats, the BJP and the NDA have managed to a win by a record margin," he added.

"We have won all the three seats in Meghalaya. In Nagaland, a partner party won one seat uncontested and in Mizoram, the Mizo National Front, a part of the NDA, has won."

"People of the northeast have once again reposed their faith in the leadership of PM Modi. This is a victory of PM's development initiatives," Mr Sarma added.