With the Assembly elections a few months away, the BJP has pounced on the investigations, accusing the Trinamool of links to the scams and getting money 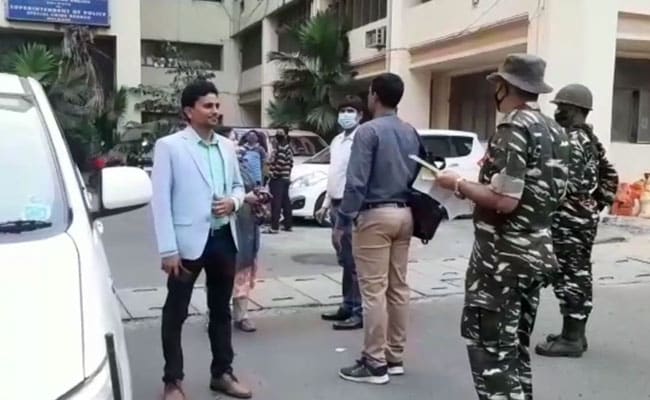 The Enforcement Directorate is conducting searches at least a dozen locations in Kolkata and other parts of Bengal in connection with the CBI probe into coal theft and cattle smuggling in the state. The locations being searched include the homes and offices of several businessmen.

The agency is hunting for the main accused in the coal scam case - Anup Majhi. A look-out notice was issued last month. The accused in the cattle smuggling case - Enamul Haque - is in CBI custody.

On December 31 the CBI also searched three premises in Kolkata that belong to Vinay Mishra, who is General Secretary of the Trinamool Youth Congress. He has yet to respond to a CBI summons.

In November the CBI raided 45 places across four states in connection with the theft of coal from public sector coal firm Eastern Coalfield Limited (ECL), which operates in Bengal and Jharkhand.

The search was based on an FIR that named two general managers, two other officials and the chief security officer of ECL, besides Anup Majhi. Sources said the CBI recovered lakhs of rupees from a property in Bengal's Purlia district that belonged to Majhi.

Funds from the coal racket, sources said, may be reaching some political parties in Bengal.

In the cattle smuggling case the alleged kingpin, Enamul Haq has been arrested and is out on interim bail after testing positive for COVID-19. A possible link between the cases is being probed.

With the Assembly election only a few months away, the BJP has pounced on the investigations, accusing the ruling Trinamool of links to both scams and pocketing large sums of money.

The BJP has singled out Trinamool Lok Sabha MP Abhishek Banerjee - who is Chief Minister Mamata Banerjee's nephew - and labelled him "tolabaj bhaipo" or "extortionist nephew".

Ex-Trinamool leader and Bengal minister Suvendu Adhikari, whose switch to the BJP last month made news, has led the charge against Mr Banerjee, who also heads the party's Youth Congress.

Mr Banerjee hit back Thursday, inviting the opposition party to "build gallows in public (so I can) embrace death" if they can prove the charges.