He was taken into custody by the central probe agency in Punjab under provisions of the Prevention of Money Laundering Act (PMLA). 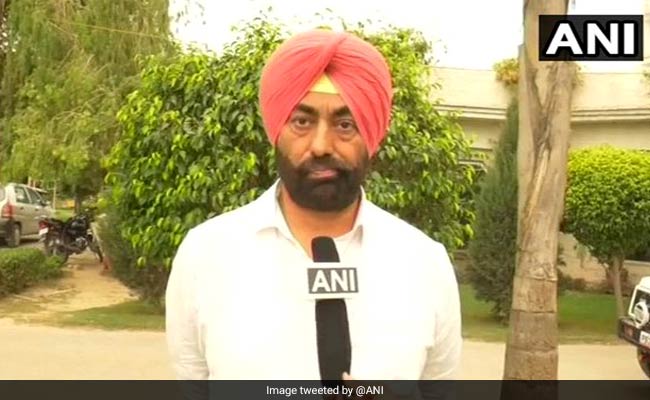 The Congress leader had earlier claimed that he had "not done anything wrong".

Former Punjab Leader of Opposition Sukhpal Singh Khaira was on Thursday arrested by an Enforcement Directorate (ED) team from Delhi in a money laundering case. The 56-year-old Congress leader had earlier claimed that he had "not done anything wrong" and was being targeted by Central agencies because he has been vocal against the three contentious farm laws passed by the Centre.

He was taken into custody by the central probe agency in Punjab under provisions of the Prevention of Money Laundering Act (PMLA).

The ED had accused the former MLA from Bholath in Kapurthala district of being an "associate" of drugs racket convicts and fake passport racketeers. The central agency had in March last year searched a dozen locations - Mr Khaira's residence, nine places in Punjab, and two in Delhi - including the house of his son-in-law, Inderveer Singh Johal.

The case pertained to the probe in the 2015 Fazilka (Punjab) drugs-smuggling case, in which 1,800 grams of heroin, 24 gold biscuits, two weapons, 26 live cartridges, and two Pakistani SIM cards were seized from a gang of international drug smugglers by security agencies.

"The drugs were smuggled through the India-Pakistan border and one of the kingpins of the syndicate is in the UK. Sukhpal Singh Khaira was actively aiding and supporting the gang of international smugglers and enjoying the proceeds of crime," the ED had alleged.

It is also alleged that Mr Khaira, who is in the Congress now, visited the United States in 2016 when he was with the Aam Aadmi Party (AAP), and raised funds totaling an amount of USD 119,000 (Rs 88 lakhs) from non-resident Indians (NRIs) in the run-up to the 2017 Punjab state assembly elections.

The ED had recovered the documents pertaining to this funding during the March raid and when he was questioned about it, he allegedly disclosed that the entire fund-raising trip was organized by the AAP and that he had no knowledge of the funding, an officer told news agency ANI.

In September this year, the ED had recorded the statement of AAP national secretary Pankaj Gupta in connection with the alleged foreign funds, a move that the AAP described as a political vendetta at the behest of the Bharatiya Janata Party (BJP).

Mr Khaira had renounced the membership of the Aam Aadmi Party in January 2019, on whose ticket he was elected to the assembly in 2017. He then launched his own party, the Punjab Ekta Party, later that year. Eventually, he re-joined Congress after six years and had to resign from his post in the state assembly to comply with the anti-defection law.

In June 2018. Mr Khaira had landed in the middle of a huge controversy over his support to a referendum for creating an independent state of Khalistan.

After being criticised for it, the then AAP leader had said that though he was not a votary of the 2020 referendum seeking a separate homeland for Sikhs "but I don't hesitate to say that it is a result of a consistent policy of bias, discrimination, and persecution of Sikhs ever since partition, be it attack on Darbar Sahib, the genocide of Sikhs in 1984, etc!"