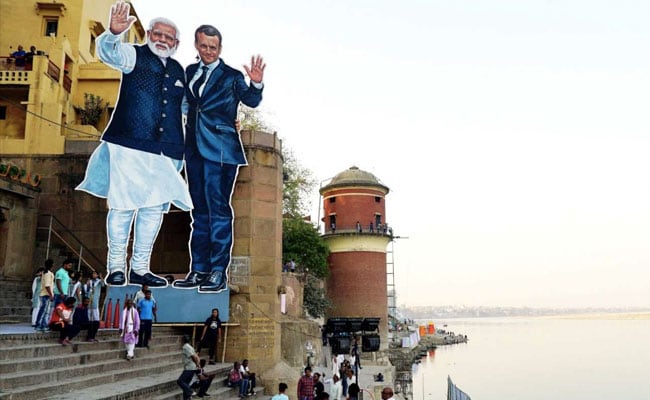 Varanasi: Prime Minister Narendra Modi and French President Emmanuel Macron today jointly inaugurated Uttar Pradesh's largest solar power plant in the Mirzapur district. The two leaders also visited the Deen Dayal Hastkala Sankul - a trade facilitation centre in Varanasi. Both the leaders also visited the Assi ghat, where they took a boat ride from Assi to Dashashwamedh ghat. The two leaders then had a private meeting over lunch, following which PM Modi headed to the Manduadih railway station and flagged off the Varanasi-Patna intercity train. The French President was for New Delhi after lunch. The prime minister will also address a public meeting before flying back to Delhi from the Varanasi airport.

Glimpses from the boat journey with President @EmmanuelMacron. pic.twitter.com/XONPTyPOvG

Glad to have got the opportunity to show President @EmmanuelMacron India's rich tradition in handicrafts and weaving at the state-of-the-art Deendayal Hastkala Sankul in Varanasi. pic.twitter.com/Fcf8ZaOlXE 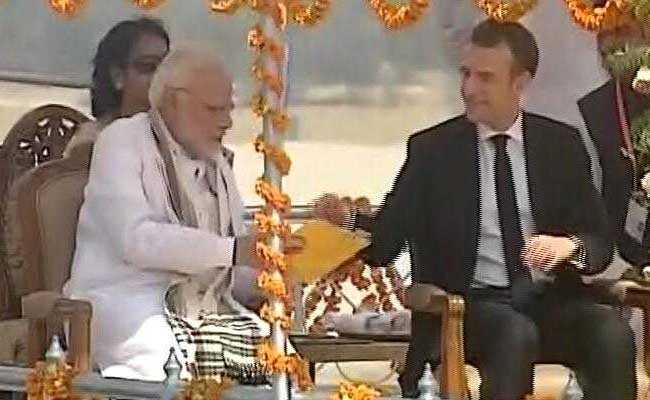 Mar 12, 2018 13:08 (IST)
Here's what you should know about the UP's largest solar plant
The plant has been built at a cost of around Rs 500 crore by French firm ENGIE.
The 100 MW solar plant has come up at Dadar Kalan village on the hilly terrain of the Vindhyas range
The solar plant will generate 15.6 crore units of electricity annually, which is about 1.30 crore units per month.
Read the story here.
Mar 12, 2018 13:01 (IST)
Prime Minister Narendra Modi and French President Emmanuel Macron are now at Deen Dayal Upadhyay Hastkala Sankul in Bada Lalpur in Varanasi. Here the two leaders will interact with artisans and view a live demonstration of their crafts.
Mar 12, 2018 11:53 (IST)
PM Narendra Modi and French President Emmanuel Macron inaugurated a 75-megawatt solar plant in Mirzapur this morning. They will both now return to Varanasi as per the schedule. 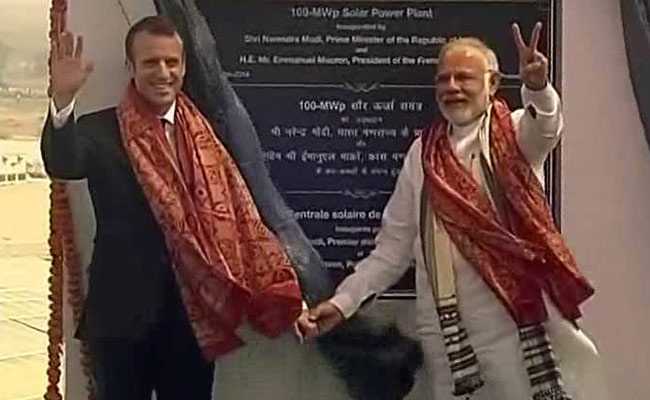 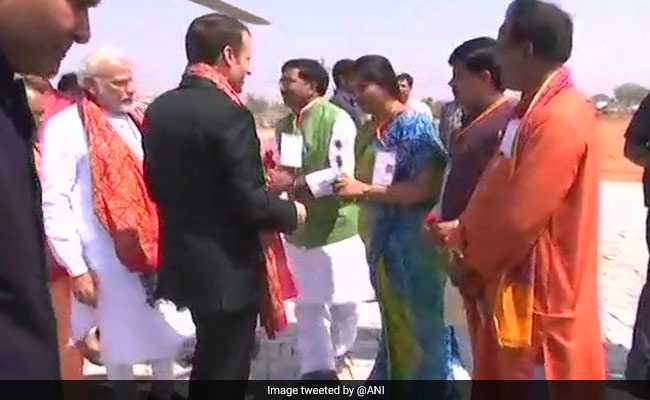 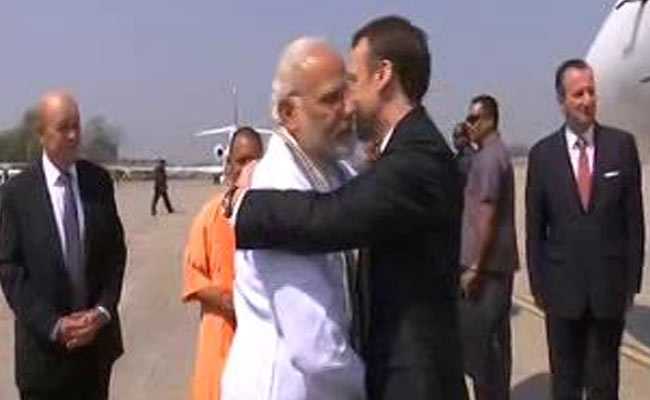 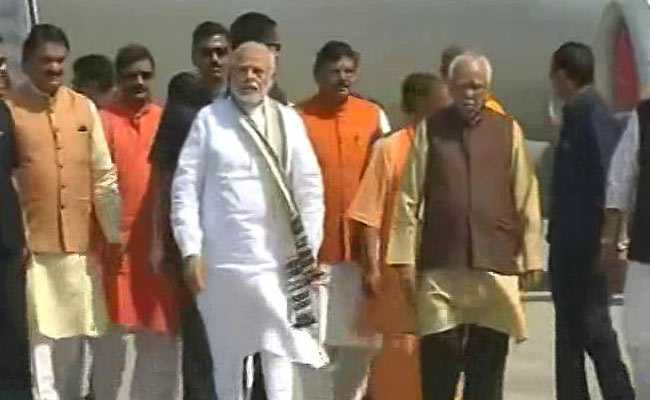 The most precious resource in the world is political will. This is what the #InternationalSolarAlliance represents! Solar energy is the biggest win for the world. As @EmmanuelMacron has noted, its time to be absolutely consumed with practical results. pic.twitter.com/3IYh1Iy8S3

Mar 12, 2018 10:06 (IST)
French President Emmanuel Macron on Sunday also co-chaired a founding conference of the International Solar Alliance (ISA) in Delhi with Prime Minister Narendra Modi. Mr Macron announced an additional investment of 700 million euros for global solar energy generation by 2022 to reduce the use of fossil fuel and help combat climate change, news agency IANS reported.
Mar 12, 2018 09:59 (IST)
French President Emmanuel Macron's Varanasi visit comes a day after he visited Taj Mahal. Archaeological Survey of India (ASI) officials were quoted as saying by the news agency IANS that Mr Macron spent over an hour, evincing keen interest in the exquisite inlay work of the 17th century monument. He visited the historical monument with his wife. He shared the pictures on Twitter.