Elephant Electrocuted In Odisha While Passing Through A Village

Villagers have claimed that electric wire is hanging from a height of just 6 feet from the ground level. 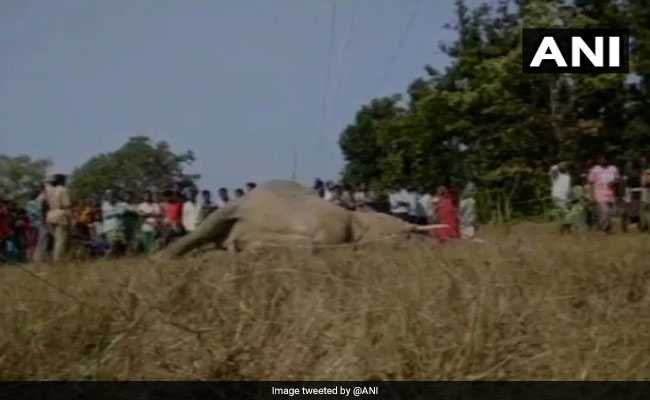 The elephant touched the 11 KV electric line and died.

An elephant was electrocuted after coming in contact with a high tension electric wire in Odisha.

On Thursday night, the elephant, while moving, accidentally touched the 11 KV electric line in Mayurbhanj's Sansarasposi village that led to its death.

Villagers have claimed that electric wire is hanging from a height of just 6 feet from the ground level. They further said that not just elephants, the wire can come in contact with human beings as well.

The incident comes just over two weeks after seven elephants died after coming in contact with the sagging lines. The transmission lines have also not been cabled.

Odisha Chief Minister Naveen Patnaik had ordered a crime branch inquiry into the incident, which was reported from Dhenkanal district.

Data from the environment ministry shows that 655 elephant deaths took place in India from 2009 to 2017. The reasons for the death of tuskers include electrocution, train accidents, poaching, and poisoning.