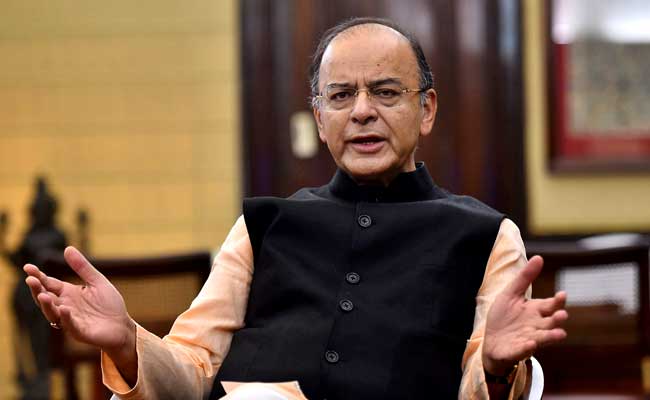 New Delhi: Finance Minister Arun Jaitley on Wednesday said the electoral bonds announced in Union Budget 2017-18 to promote legitimate funding of political parties could not treated as parallel currency and would be valid only for a specific duration.

"An electoral bond cannot become a parallel currency, it will be valid only for a specific duration," Mr Jaitley said in the capital while speaking on 'Towards a New Polity Campaign: Financial Reforms in India' at an event organised by Dr Syama Prasad Mookerjee Research Foundation and Nehru Memorial Museum and Library.

The RBI will issue bearer bonds that a donor may buy through cheques and digital payments. He or she can then give the bond to a political party, which must deposit it within a month in a pre-determined account.

The Finance Minister said political parties should start digital campaigns to receive donations and that the electoral bonds were totally clean, though partly transparent.

To ensure greater transparency in political funding, the Union Budget 2017-18 announced that any anonymous cash donation to a political party would now be limited to Rs 2,000, a sharp drop from the Rs 20,000 limit earlier, above which they would have to resort to cheque and digital payments.

The decision of the government to reduce cash donations will require political parties receiving a donation above Rs 2,000 to disclose the identity of the donor.

While this gives the donor the option of remaining anonymous, both ends of the transaction will happen through the banking system.

"The idea of electoral bonds has been closely debated within a small group of the government. With this there will be no quid pro quo," added Mr Jaitley.

Promoted
Listen to the latest songs, only on JioSaavn.com
Earlier, most of the political parties had been declaring that a majority of their donations were below Rs 20,000, and thus anonymous.

The Finance Minister had said the government proposed to amend the RBI Act for issuing the electoral bonds under the new scheme to black money in political funding.