"Elections Will Be Held On Time": Chief Election Commissioner Amid India-Pakistan Tensions

The election officer's assurance comes on a day when Indian Air Force pilot Abhinandan Varthaman is expected to cross over into India through the Wagah border. 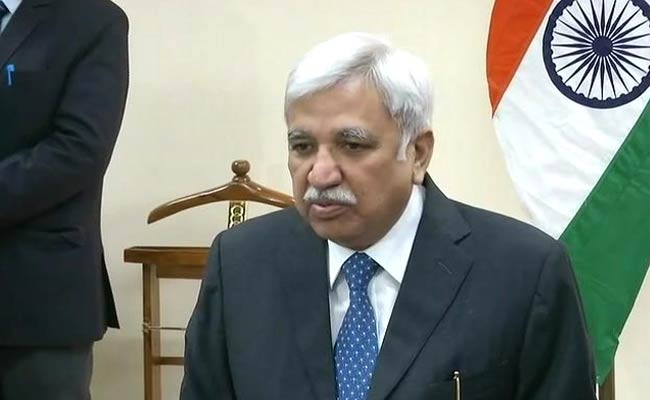 Tensions between India and Pakistan in the wake of the Pulwama terror attack will not delay the Lok Sabha elections, news agency PTI quoted Chief Election Commissioner Sunil Arora as saying today. "The polls will be held on time," said Mr Arora, who had reviewed electoral preparedness in Uttar Pradesh on Thursday.

The election body chief's assurance comes on a day when Indian Air Force (IAF) pilot Abhinandan Varthaman is expected to cross over into India through the Wagah border. The Wing Commander was taken into custody by Pakistani authorities after his fighter crashed across the border during an aerial combat with jets intruding from the neighbouring country on Wednesday. The Pakistani jets had entered India's airspace a day after IAF jets targeted a Jaish-e-Mohammed terror camp at Balakot in Pakistan.

According to Mr Arora, Lok Sabha poll dates will be notified through the "usual press conference" -- as is the norm.

He said that a new notification from the commission requires candidates to give details of their properties abroad, besides those in the country. "The Income Tax department will look into it, and any discrepancies found will be uploaded on the Election Commission's website. Strict action will then be initiated," the news agency quoted Mr Arora as saying.

Mr Arora expressed disappointment over the manner in which electronic voting machines (EVMs) were being treated like "footballs". He was referring to doubts expressed against the polling units by opposition parties over the last few years.

"We have turned EVMs into footballs, knowingly or unknowingly... If the result is 'X', then EVMs are okay, and if it is 'Y', then they are faulty," the election body chief said. "EVMs have been in use for over two decades now. If we take the results of the 2014 Lok Sabha polls into account and the results of the Delhi assembly polls four months later, they were both different."

The election body chief also said that steps are being taken to curb inflammatory speeches by political leaders ahead of the Lok Sabha polls. "The C-Vigil app, to be be launched soon, will allow citizens to anonymously register poll-related complaints. Besides this, we will constitute committees to keep an eye on social media," he added.

The Lok Sabha elections are expected to be held by May.