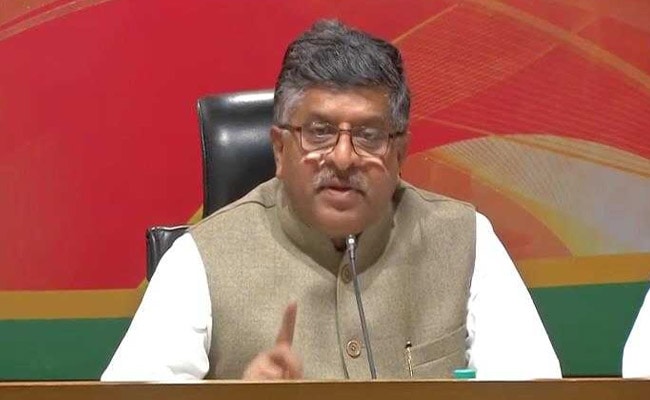 Hours after the BJP pulled off a stunning victory in the Lok Sabha elections, Union Minister Ravi Shankar Prasad on Friday took a dig at the rival political quarters for criticising PM Modi during campaigning saying, "people have silenced the Opposition with their votes."

"This is a historic win. In Bihar 39 out of 40 seats. BJP crossed 300 seats share mark. People with their votes have silenced those leaders who used to abuse Modi ji," the Union Minister told news agency ANI.

The seven-phase national election was held in seven phases on April 11 and concluded on May 19. Over 2,000 parties and 8,000 candidates contested for 542 seats. Of these, 724 were women and four were transgender. The votes were counted on May 23 and final results were declared on May 24.