In 2012, a former air hostess, who was employed with Kanda's company, had committed suicide, accusing the Haryana Lokhit Party leader of harassment. 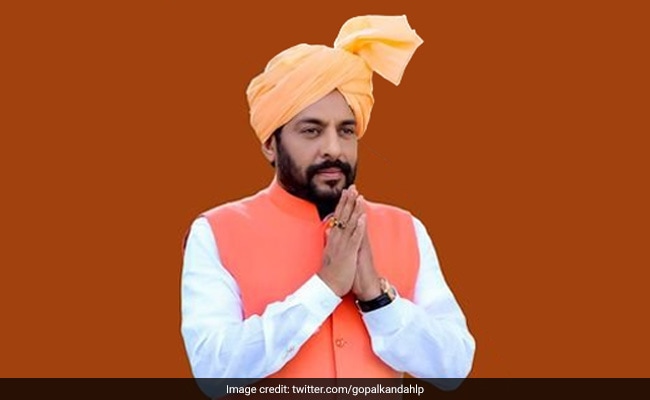 In 2012, a former air hostess, who was employed with GopalKanda's company, had committed suicide.

The Aam Aadmi Party on Friday slammed the BJP for seeking the support of controversial MLA Gopal Kanda to form the government in Haryana, saying the saffron party is aligning with a rape accused in a state where it launched the ''Beti Bachao Beti Padhao'' scheme.

A day after the election results for the assembly polls in Haryana were declared, Gopal Kanda, who won the Sirsa seat, on Friday claimed that he and the Independents have "decided to extend unconditional support to the BJP".

In 2012, a former air hostess, who was employed with Gopal Kanda's company, had committed suicide, accusing the Haryana Lokhit Party leader of harassment.

Police, during its investigation, accused him of raping her and also charged him with abetment to her suicide. Her mother also later ended her life. Gopal Kanda was charged for abetting her suicide too.

The BBBP scheme is one of Prime Minister Narendra Modi's pet projects and was launched by him in January 2015 in Panipat, Haryana. It focuses on districts with the worst child sex ratio (CSR) as per the 2011 Census.

Sanjay Singh said if the BJP does not give an explanation, then his party will hold protests and "knock every door and tell people in Delhi how their mothers and daughters are unsafe" under the BJP rule.

AAP spokesperson and leader Atishi said while on one hand, Delhi Chief Minister Arvind Kejriwal is ensuring the safety of women by installing CCTVs cameras across the country, the BJP is seeking the support of a rape-accused.

Atishi and Sanjay Singh both claimed that BJP leaders, including Vijender Gupta and Parvesh Rana, had supported the victim and rallied in her support.

"Now seeing power, their stand has changed. I want to ask the Delhi BJP what they have to say now on the issue," Sanjay Singh said.