"Congratulations To All Our People": Shatrughan Sinha After Poll Results In 5 States

Hearty congratulations to all our people on the spectacular most expected and awaited victory, Shatrughan Sinha tweeted 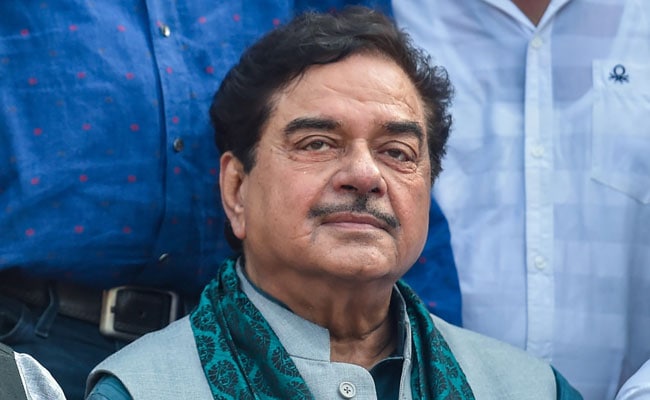 Shatrughan Sinha often criticises the centre over a host of issues, including the Rafale deal.

Shatrughan Sinha, who never misses an opportunity to criticise the BJP -- the party he is a member of -- and Prime Minister Narendra Modi, has congratulated the Congress for its big wins in three states where voting was held over the last few weeks. He also attributed the BJP's loss in these states to its leaders' "arrogance, poor performance and over ambition".

Kahin khushi kahin gam ! Didn't I warn you about the writing on the wall! And that truth shall prevail?
Hard hitting, hard core &.well deserving! Truth has prevailed at last.
Hearty congratulations to all our people on the spectacular most expected and awaited victory.

Those who have lost, thanks to their arrogance, poor performance or over ambition - also deserves heartfelt condolences.
Hope wish and pray that wisdom & good sense prevails upon them soon....sooner the better. Long live democracy. Jai Hind!

The 72-year-old, who had been a minister in the Atal Bihari Vajpayee government, says he won't quit the BJP. "The party will have to throw me out if it wished to," he said and described his relationship with the party as "sweet and sour".

"Dissent is the safety valve of democracy, I am one of the people who is in that role in BJP," he says.

Under Atal Bihari Vajpayee, he explains, the BJP had enjoyed a democratic phase. In the current government, "decisions like demonetisation are taken secretly and implemented in the middle of the night," he alleges.

Mr Sinha has even asked the prime minister to break his silence on the controversial Rafale fighter jet deal, which the Congress alleges, involved corruption and crony capitalism.

His party has accused him of siding with opposition leaders like Rahul Gandhi and Lalu Prasad and questioning the centre on the Rafale deal. He has also been criticised for showering praises on political rivals and sharing the stage with rebel leaders like Yashwant Sinha and Arun Shourie.

"You should first decide where you stand. With Modi or against Modi. The people of the country will settle the account accordingly," BJP Rajya Sabha MP RK Sinha hit back.

The lawmaker, who represents Patna Sahib constituency in Parliament, said in the next year's elections he would contest from the same place, but was not sure of the "platform". He, however, did not elaborate on his plans.