Will Take Some Days To Bring Back Soldier In Pak Captivity: Manohar Parrikar 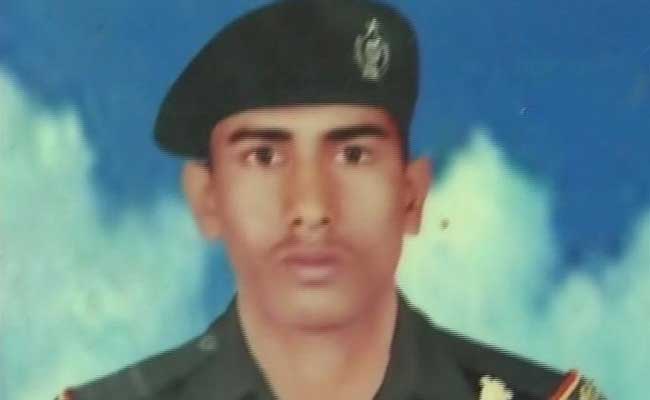 Pune: Defence Minister Manohar Parrikar today said it will take "some days" to bring back Army soldier Chandu Babulal Chavan, who is in Pakistan's custody after inadvertently crossing the Line of Control, but a "well-established" mechanism has been activated to secure his release.

"He had crossed over which happens in border areas. There is a well-established mechanism through DGMO (Director General of Military Operations) which has been activated," Mr Parrikar said in Pune today.

"Since the situation is tense right now, it will take some days to bring the soldier back," the Minister said.

He also said there is no relation between the surgical strikes carried out by the Army in Pakistan-occupied Kashmir and the soldier crossing the border inadvertently.

On September 30, 22-year-old Chandu Babulal Chavan from 37 Rashtriya Rifles crossed over to the other side of the Line of Control and taken into custody by Pakistan. The Indian Army informed Pakistan of the incident.

"Such inadvertent crossing by Army and civilians are not unusual on either side. They are returned through existing mechanisms," the army had said.

Home Minister Rajnath Singh on Friday said all attempts were being to free the soldier from Pakistani captivity.

Still reeling under the shock, another tragedy struck Babulal Chavan's family as his grandmother died of a heart attack after getting news of him being captured by Pakistan.

Minister of State for Defence Dr Subhash Bhamre visited the family today and met Babulal Chavan's brother Bhushan Chavan who is also a soldier with the Maratha Light Infantry.

"No one can trust them (Pakistan). We are worried they will torture him, and tell him lies that the army doesn't care about him. That could drive him to take his own life," Bhushan Chavan said.

Though under normal circumstances, it would not have been difficult to get Babulal Chavan back, given the strained ties between India and Pakistan following the Uri terror attack and the India's surgical strikes that followed, the task could prove challenging, army sources have said.
Comments
Manohar ParrikarIndian soldier in PakChandu Babulal ChavanArmy jawan in Pak custody