Economic Survey 2018-19: "The issues relating to water availability are expected to be exacerbated by the effects of climate change and incidence of extreme weather events" 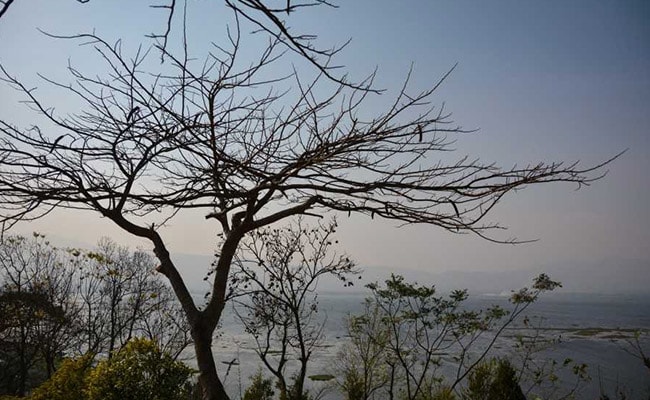 Economic Survey 2018-19: Climate change and its effects on water resources will be a challenge

The Economic Survey presented to parliament today by Finance Minister Nirmala Sitharaman recognises the big challenge posed by climate change on India's farm sector and water resources. Groundwater table has been falling and wells, lakes and ponds have dried up in several cities and villages across the country in peak summer this year.

"The issues relating to water availability are expected to be exacerbated by the effects of climate change and incidence of extreme weather events," said the Economic Survey 2018-19 in the concluding pages of the document under the heading "Way Forward".

A shortfall in monsoon rain - important for the agriculture sector that forms 15 per cent of the economy and employs nearly half of India's workers - has also raised concerns about rural distress and strengthened the case for government intervention.

Over the last weeks, Chennai has practically gone dry. Severe water shortage has also been reported from parts of Madhya Pradesh and Bengal.

The Economic Survey, whose main author is K Subramanian, says renewable energy sources are a strategic national resource and harnessing these resources is a part of "India's vision to achieve social equity and energy transition with energy security, a stronger economy, and climate change mitigation."

Almost 60 per cent of India's installed capacity in power generation is in thermal power, out of which the main component is coal-based thermal power plants. Reducing dependency on coal is a big challenge, say experts.

"As a country committed to implement the Paris Agreement on Climate Change and SDGs (sustainable development goals), it is necessary to prepare and plan strategies to unlock the potential to achieve the energy efficiency potential... The existing approaches must be reviewed and a new portfolio of strategies planned to strengthen energy efficiency across all sectors in the country," the document said.

The government said economic growth in fiscal 2020 could rise to 7 per cent from 6.8 per cent for the year that ended on March 31, which was the slowest in five years.

This was the first Economic Survey of the NDA government after it won a second term with a landslide victory in the national election held in April and May.