"Tarnished My Reputation": Delhi Minister On Defamation Against BJP Leader

Kailash Gehlot, who is the transport minister in the Aam Aadmi Party government, has alleged in his complaint that Vijender Gupta defamed him and tarnished his reputation. 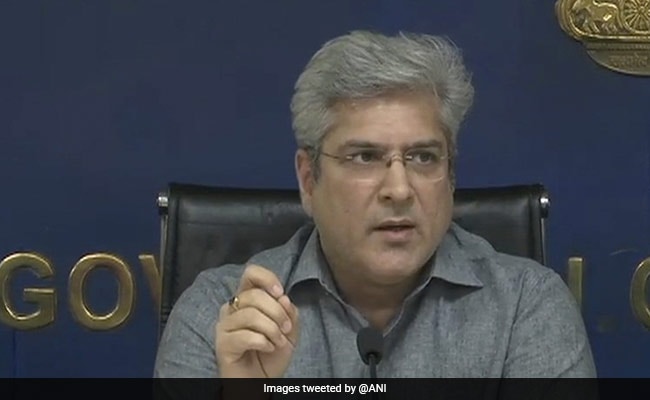 Delhi Cabinet Minister Kailash Gehlot has filed a criminal complaint against BJP MLA Vijender Gupta accusing him of defamation in a matter related to the procurement of 1,000 low-floor buses by the Delhi Transport Corporation.

The case was listed before Additional Chief Metropolitan Magistrate Ravindra Kumar Pandey, who adjourned the matter for September 1 as the physical copy of the complaint was not produced in the court.

Kailash, who is the transport minister in the Aam Aadmi Party government, has alleged in his complaint that Mr Gupta defamed him and tarnished his reputation.

“The accused intentionally, for malafide purposes and to gain political mileage, has levelled defamatory, scandalous, mischievous, false and scurrilous allegations on the complainant both verbal as well as in writing,” the complaint alleged.

The Delhi government floated a tender for buses, and after due process, it was awarded to Tata but all sorts of allegations were made, it said.

The complaint alleged that Mr Gupta posted unfounded, spiteful and defamatory statements and other material against Mr Gehlot on Twitter, Facebook and other social media to tarnish the reputation of the complainant.

It claimed that that Mr Gupta made “vilifying and scandalous” allegations to stall the “ambitious project of the Delhi Government to give major relief to the residents of Delhi” and posted tweets doubting the integrity of the minister despite a clean-chit from a high-powered committee.