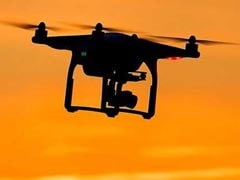 DGP Anil Kant said the lab for research on drones will be set up with help of Cyberdome of Kerala police.

A day after Army chief General M M Naravane said easy availability of drones has increased the complexity of security challenges in the country, Kerala police chief Anil Kant today said a drone research laboratory would be set up here to mitigate any threat.

Mr Kant, who met the media online for the first time after taking charge as the state police chief, said the state police would also consider collaborating with the Union government in the research sector to address the security threats posed by drones.

"We will set up a drone research laboratory to address the security threats. The research lab will be developed with the help of Cyberdome of the Kerala police. We will also consider collaborating with the Union government in the research sector," he told the media.

Cyberdome is a technological research and development centre of the Kerala Police Department conceived as a Cyber Centre of excellence in cyber security as well as technology augmentation for effective policing.

Mr Kant said the welfare of the police force was his priority and a medical health insurance for policemen would be introduced soon.

"We are exploring the option and will bring forward the best option for the force," he said.

The state police chief said a special team would be formed to combat the gold-smuggling gang in the state and to deal with organised crime, a Maharashtra Control of Organised Crime Act (MCOCA)-like law would be enacted.

"We have already submitted a similar proposal to the government," he said.

He said the Anti-Terrorist Squad (ATS) in the state would be strengthened along with increasing the social media presence of the force to counter the cyber security threat.

Mr Kant said he always believed that policing is not a one-man-show but teamwork that would gather intelligence on the police-mafia nexus if any.

A 1988-batch officer, he was serving as the Road Safety Commissioner in the state.

Organisational Polls, UP Violence To Be Top Agenda At Key Congress Meet