NewSpace Research and Technologies did all research and development of the aircraft in-house, which is being validated by aerospace major Boeing 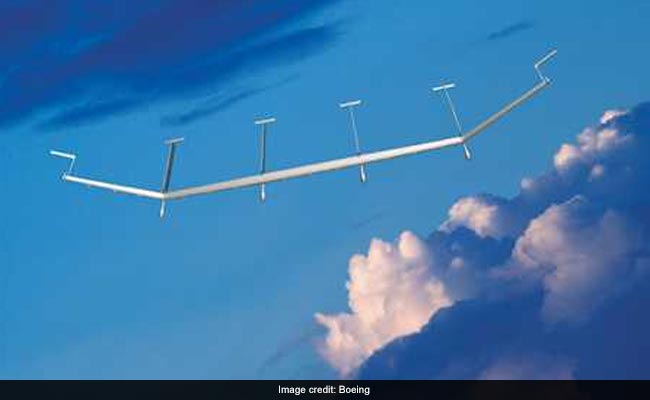 New Delhi: In a little over three years from now, a cutting-edge drone made by a Noida-based start-up may be able to fly 65,000 feet over the town of Tawang in Arunachal Pradesh and remain in the air for no less than three weeks at a time. From this lofty perch in near-earth orbit, the drone, which doesn't have a name as yet, will be able to monitor Chinese military movements in the city of Shigatse in Tibet, more than 200 kilometres away, 24 hours a day. It could, in effect, replace surveillance satellites, which need to expend their limited reserves of internal fuel if they are to be positioned over an area of interest to capture high-resolution images.

Developed by NewSpace Research and Technologies, the new drone is the first private sector aircraft to be designed in India. All research and development of the aircraft was done in-house, which is being validated by aerospace major Boeing. The first flight of the aircraft, which falls in the category of a HAPS or High Altitude Pseudo Satellite, is scheduled for 2019.

Sources in Boeing have told NDTV that they are deeply impressed with the design of the aircraft in what is at the cutting edge of aerospace engineering. NewSpace hopes to draw from Boeing's vast experience to refine its own design and potentially acquire sensors for the drone before it can be marketed in India and across the world. Sources in both Boeing and the Indian start-up believe the platform can end up being a world-beater.

At the moment, only a handful of major firms are working on similar systems -- among them Airbus with its Zephyr drone, China's AVIC which is developing a drone called the Morning Star and social networking giant Facebook, which flew its first full-scale UAV, the Aquila, in June last year. London has bought Zephyr drones for ultra-high surveillance while Facebook hopes to use a constellation of Aquilas to beam data at up to 10 gigabytes per second though a breakthrough in laser communications.

Project developers at NewSpace have told NDTV that their high-altitude drones "will be an ideal platform which will exploit intelligence, surveillance and reconnaissance capabilities using interchangeable payloads." In simple terms, a variety of pods on the drone will be able to beam still or moving images day or night through infrared (night-vision) or hyperspectral imagery." Hyperspectral images provide immensely more detail than normal cameras which acquire images associated with only the primary colours -- red, green and blue. Other than military intelligence applications, images like this can be used commercially "to help in disaster management, homeland security and smart city management. They will be useful in efficiently managing traffic, roadways and the railways."

Still, the road ahead will not be easy for NewSpace even with the support of Boeing. NewSpace is now in the process of acquiring high-density Lithium-Sulphur batteries -- closely-guarded technology held by only a handful of firms around the world. These will need to be charged through high-efficiency solar cells to drive the propellers that keep the aircraft afloat.

There are other challenges. Wind conditions over large parts of India are notoriously fickle. Being able to achieve an altitude of at least 65,000 feet means that operators who will fly the drone through a remote-control link will need to carefully manoeuvre through jet-streams while gradually gaining height. Unlike jet aircraft, which can power through these conditions with brute force, the drone's propellers are driven only by ultra-lightweight electric motors while its wings, which have a span of more than 50 m, are designed to allow the aircraft to coast at high-altitudes, similar to a glider.  The drone is expected to fly no more than 90 or 100 km per hour.

Promoted
Listen to the latest songs, only on JioSaavn.com
If NewSpace is succeeds in developing its drone, India may end up acquiring state-of-the-art technology in a field with extraordinary potential over the next two decades.

According to those working on the project, "Near space operations haven't been exploited because of technological challenges. However, in the next two decades, with advancement in technologies like autonomous robotic vehicles, electrical propulsion and artificial intelligence, near-space is going to revolutionise not just warfare but also how we monitor our cities and national interests."