So far 807 cases have been identified in India of the UK variant of the virus, 47 of the South African variant and one of the Brazilian strain. 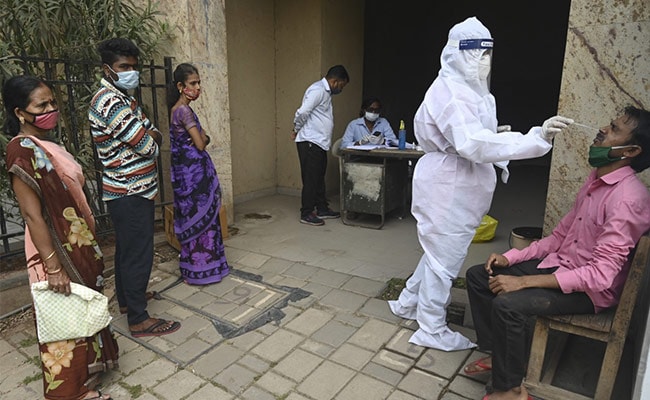 The government today denied that strains of the Covid virus in India with double mutations were responsible for more severe infections and a faster spread.

So far 807 cases have been identified in India of the UK variant of the virus, 47 of the South African variant and one of the Brazilian strain. These have been established through the genome sequencing of over 11,000 samples across 10 national labs.

In the past week, cases of the UK strain are up 71 and those of the South Africa variant have increased by 13.

Amid a surge in daily coronavirus cases, the government downplayed reports of a novel, double mutant strain identified in India.

"There is no such thing as an Indian strain. There is no cause for panic. Mutations are sporadic, not significant," said Balram Bhargava, Director General of the Indian Council of Medical Research (ICMR).

"In terms of double mutations, which lay people are getting confused with, they are not significant as far as India is concerned and their relationship with increased severity and transmissibility has not been established in the Indian context," he asserted.

The Health Ministry said the Covid situation in India was becoming "bad to worse over the last few weeks" but also refused to link it to double mutations in India, as reports suggest.

"Just when we think we can control it, it sparks back," VK Paul, the Chairman of National Expert Committee on Vaccine Administration said at the health ministry briefing. Mr Paul denied that the mutated strains have a role to play in the spike.

In a recent interview to NDTV, Shashank Joshi, a member of the COVID-19 task force in Maharashtra, had repeatedly said a "different strain" was responsible for the rapid rise in cases in the state.

"Clearly from day one I have been saying that this is a faster transmissible strain. One month back, on NDTV, I had said that there was a link between the Amravati variant and Covid and no one took it seriously. In fact, the government of India denied it and said that there is no such thing existing. The Vijay Medical College Microbiology team that time had identified clearly a strain which is similar to the UK strain, which is fast spreading. And in one month, you can see what has happened. We have the largest numbers. So clearly, there is a different strain. Whether it is home grown, or British strain or African strain, we don't know," Dr Joshi had said.