The White House has said the US president is unable to participate as chief guest of India's Republic Day celebrations next year due to scheduling constraints. 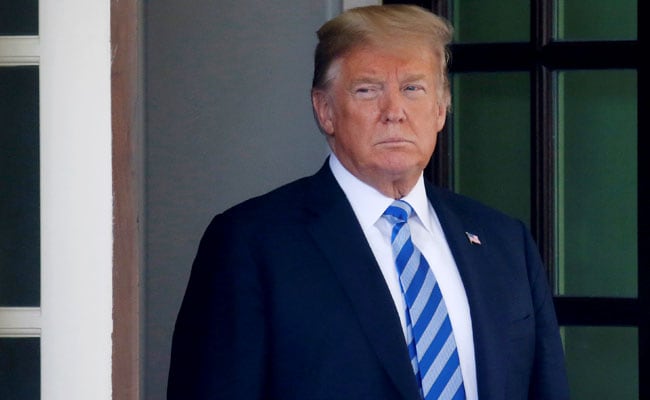 The Congress on Tuesday termed US President Donald Trump rejecting India's invitation for the Republic Day parade, a "diplomatic faux pas" and an "embarrassment" for the country.

The White House has said the US president is unable to participate as chief guest of India's Republic Day celebrations next year due to scheduling constraints.

The Congress also attacked the government and Prime Minister Narendra Modi over the country's foreign policy which it described as "incoherent and episodical" with no "gravitas".

Senior Congress leader Anand Sharma said whenever the government of India, through its prime minister, invites a foreign head of state, it has never been declined.

The government takes care to send the invitation only after its assured acceptance, as per diplomatic channels, he said.

"It has been a diplomatic faux pas. The invitation should not have been sent in the first place without having an assurance, that once it reaches Washington, it will be accepted," Mr Sharma said.

"I will say this was an avoidable embarrassment for the Republic of India," he told reporters.

On the country's foreign policy, the Congress leader said, "This government's foreign policy is incoherent, is episodical and Prime Minister Modi must remember that engagement with major strategic partners cannot be transactional, but must have a ring of continuity, coherence and correctness."

PM Modi has failed on the foreign policy front and he considers it as only photo opportunities, he alleged.

"There is no gravitas in Modi's foreign policy. For many years, he thought foreign policy is a photo opportunity" Mr Sharma said, alleging that the prime minister could not maintain the balance between neighbouring countries and the situation is of concern in the neighbourhood.

He said day after day the government tried to see that Mr Trump accepted to become the chief guest at the Republic Day function, but the invitation was not accepted.

On Monday, Mr Sharma had alleged that PM Modi's approach was "frivolous" and his conduct of diplomacy lacked gravitas.

He had also said the prime minister must understand that engagement with strategic partners can not be transactional or episodic.

"Never before this honour has been declined by a head of state... He (PM Modi) must know that engagement with strategic partners can not be transactional or episodic," the Congress leader had said.

Prime Minister Narendra Modi had invited President Trump for a bilateral visit to India during their talks in Washington last year.

White House Press Secretary Sarah Sanders had, in July, said that Mr Trump has received an invitation to visit India, but no decision has been taken yet.

"President Trump was honoured by Prime Minister Modi's invitation for him to be Chief Guest of India's Republic Day on January 26, 2019 but is unable to participate due to scheduling constraints," a White House spokesperson told PTI, when asked about Mr Trump's decision on PM Modi's invitation.

Following the development, the government is understood to be exploring options for a chief guest at the Republic Day parade after Mr Trump turned down its invite for the ceremony.

Sources have said the Indian government has in mind leaders from three countries including a head of state from a leading African nation.