An overcast sky with high relative humidity was a perfect recipe for a typical sultry morning in the national capital. 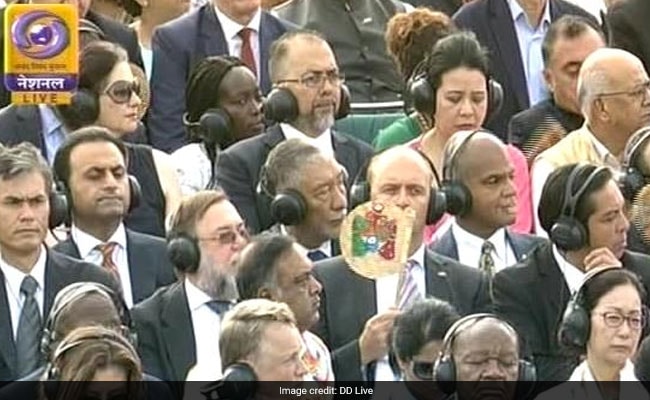 An overcast sky with high relative humidity was a perfect recipe for a typical sultry morning in the national capital.

Prime Minister Narendra Modi was seen wiping his face with a handkerchief several times while delivering the Independence Day speech from the Red Fort.

The bamboo-made fans crafted by artisans from the Mahali tribe of West Bengal, were provided to the invitees, including ministers, parliamentarians, diplomats and other VVIPs.

A thousand hand-crafted fans were procured by the Defence Ministry from the Tribal Affairs Ministry's agency TRIFED, as part of the government's efforts to popularise tribal products.

The Tribal Cooperative Marketing Development Federation of India Ltd (TRIFED) functions under the Ministry of Tribal Affairs, to develop marketing of tribal products.