"Did Nothing Wrong": BJP's Kapil Mishra On Video Before Delhi Clashes

Hours before violence broke in Delhi on Sunday Kapil Mishra led a pro-CAA rally in Maujpur, where he gave police an ultimatum - clear anti-CAA protesters or face consequences 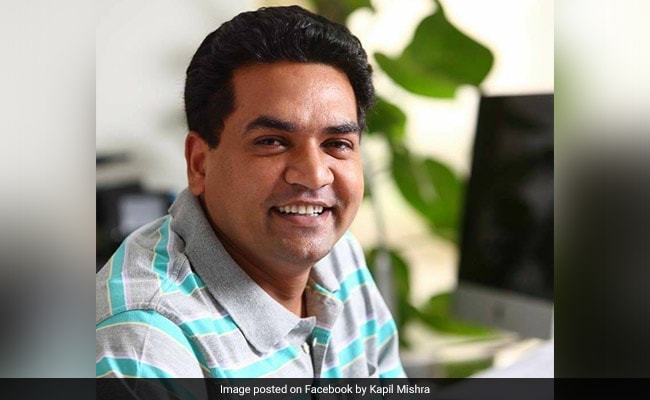 BJP leader Kapil Mishra, who has a history of making hate-filled communal rants, insisted Tuesday evening he "had not done anything wrong" by supporting the controversial citizenship law. Mr Mishra, who received a temporary campaigning ban during Delhi Assembly elections earlier this month for referring to anti-CAA protest spots in Delhi as "mini-Pakistans", claimed he was unmoved by a "massive hate campaign" for "speaking (the) truth" about the Citizenship Amendment Act, or CAA.

In a series of tweets posted on Twitter, Kapil Mishra said he was being abused and "death threats" had been issued against him. He also claimed he had not committed a crime by supporting the CAA.

"I have received calls by many to kill me. Many people including politicians and journalists are abusing me. But, I am not scared because I have not done anything wrong," Mr Mishra was quoted as saying by news agency PTI.

Kapil Mishra has been criticised by opposition leaders over comments that allegedly incited the horrific violence that has consumed parts of northeast Delhi over the past three days.

Hours before violence broke out across parts of northeast Delhi on Sunday he led a pro-CAA rally in Maujpur. The rally was held near the Jaffrabad neighbourhood, where over 1,000 women, inspired by the iconic Shaheen Bagh protests, were leading a peaceful protest against the law.

At the rally Mr Mishra gave Delhi Police an ultimatum - clear anti-CAA protesters from Jaffrabad and Chandbagh or face the consequences.

"Three days' ultimatum for Delhi Police - clear the roads in Jaffrabad and Chand Bagh. After this, we won't listen to you," he declared. In a video of the speech he can be seen making these incendiary comments even as a Delhi Police officer stands next to him.

At least 13 people have died and over 150, including a child, have been injured in violence in Delhi. Homes, shops and vehicles have been set on fire and the situation showed no signs of improvement late on Tuesday night.

Mr Mishra's comments received a mixed reception from his BJP colleagues. Lok Sabha MP Gautam Gambhir claimed they were "unacceptable" and called for "action against anyone, no matter which party, who gave speeches to provoke people".

However, former Delhi BJP President Vijender Gupta tweeted in support, claiming that those accusing Kapil Mishra of inciting violence had ignored statements by AIMIM leader Waris Pathan, who has been charged for alleged hate speech during an anti-CAA rally in Karnataka's Kalaburagi.

Meanwhile, the Supreme Court has agreed to hear a plea filed by Bhim Army chief Chandrashekar Azad and others seeking registration of FIRs in connection with violence in Delhi over the CAA.

The plea cited leader Kapil Mishra's tweet and held him responsible for inciting and orchestrating the violence. A two-judge bench of Justices SK Kaul and KM Joseph will hear this on Wednesday.

A number of other BJP leaders, including Union Minister Anurag Thakur, have made similarly shocking comments that appear to encourage violence against those protesting the citizenship law. Mr Thakur was caught on video urging people to "goli maaro" (gun down) traitors".