Investigators say Irfan Khan, one of seven men arrested so far, had planned the Amravati murder. 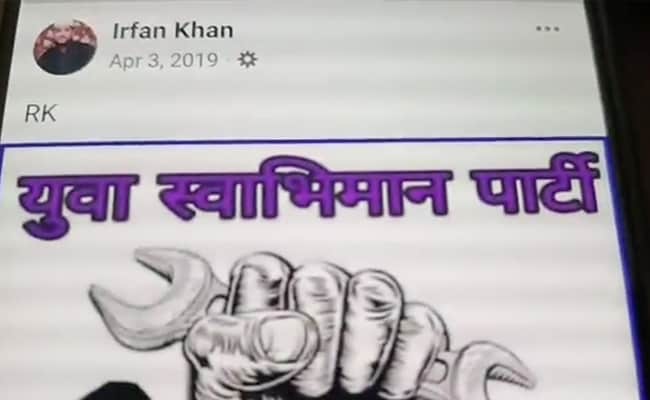 His Facebook posts from 2019 in particular seek support for Navneet Rana.

The Ranas have positioned themselves as justice-seekers in the case and deny any link. Irfan Khan's Facebook feed, however, shows several posts canvassing for them in the past. Ravi Rana said, "We do not have anything to do with him. No matter which party he may have been with, he should get the strictest punishment."

Investigators say Irfan Khan, one of seven men arrested so far, had planned the murder - organised funds, weapons, and motorbikes for the killers.

His Facebook posts from 2019 in particular, when Navneet Rana was contesting the Lok Sabha polls, seek support for her. He also posted a photo with Ravi Rana, a three-time MLA from the area.

Local residents said he had sought votes for them, though some of did not want to be named. Irfan Khan's friend Ismail Khan said to NDTV, "In the 2019 election that bhabhi (Navneet Rana) won, Irfan did a lot of work for her. He convinced so many people to vote for her."

The Ranas have lately been positioning themselves closer to the BJP agenda, but they've had support from other parties in the past. In the 2014 Lok Sabha polls, Navneet Rana got a ticket from the NCP, but lost to Shiv Sena's Anandrao Adsul. In 2019 she avenged that defeat as an Independent with the NCP's support. But in the assembly polls that year when Ravi Rana was in the contest, they flipped again and started supporting the BJP.

After Umesh Kolhe's murder last month, the local BJP unit and the Ranas accused the police and the then Uddhav Thackeray government of hiding reality. The BJP-led central government stepped in and ordered a probe by the National Investigation Agency. The state government, meanwhile, changed; and now the BJP is part of the ruling coalition.

The Ranas have even alleged that Umesh Kolhe's killers were "financed by Pakistan".

Irfan Khan is from Amravati's Zakir colony, a rundown neighbourhood of low-income families. At his home now are his mother, wife and four children. They said they did not know anything about his political links, if any. "We do not go out a lot," said the mother.