Just four days ago, Sonali Thakkar herself had urged the Indian government to evacuate Indians from the Diamond Princess. 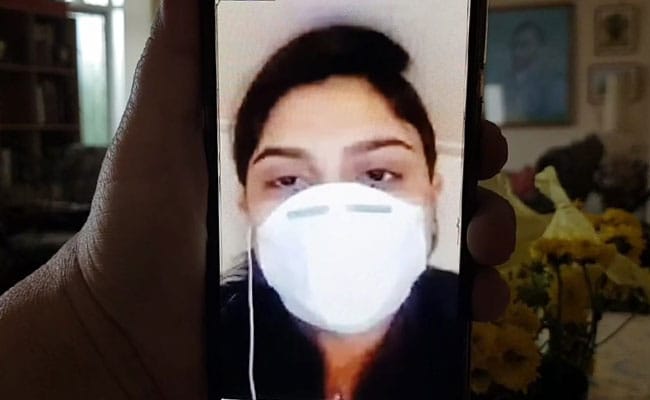 Sonali Thakkar had urged the government to evacuate Indians from the Diamond Princess.

The father of a 24-year-old Indian woman quarantined on a cruise ship affected by coronavirus has appealed to Prime Minister Narendra Modi to have her evacuated. Sonali Thakkar has been confined to a small room and has not tested positive for coronavirus, her father Dinesh Thakkar said in the letter that he posted on Twitter as well.

Addressing the Prime Minister as "a citizen of India", Mr Thakkar appealed to have his daughter brought back to India from the luxury liner Diamond Princess quarantined off Japan where more than 630 people have tested positive for coronavirus.

"Our daughter's life is in danger as she is onboard with positive tested coronavirus patients," he wrote.

Just four days ago, Sonali Thakkar herself had issued a fresh SOS, begging for fresh air and passage back home from the ship that has the largest cluster of coronavirus patients outside of China's Wuhan.

Ms Thakkar who is a member of the security staff on board has been in isolation since February 10.

Speaking to NDTV from her cramped cabin without a window or a balcony, she questioned the government over the delay in evacuating her and other Indian crew. A number of countries including the US have already evacuated most of their citizens.

Meanwhile, the Indian embassy said the condition of eight Indians infected with coronavirus on board the ship is improving.

Diamond Princess docked at the Yokohama port, near Tokyo, on February 3 with 3,711 passengers and crew on board. It was quarantined after a passenger who disembarked last month in Hong Kong was found to be a carrier of the disease.

The Indian embassy said in a tweet that no additional Indian national on board the ship has tested positive for the virus since Thursday.

"Conditions of 8 Indians receiving treatment are improving," it tweeted on Friday.