Yesterday, Devendra Fadnavis took charge and also held his first meeting, to discuss a 'Climate Resilience Improvement and flood and drought Management Program' with World Bank representatives. In the photos tweeted by his office, his deputy was missing. 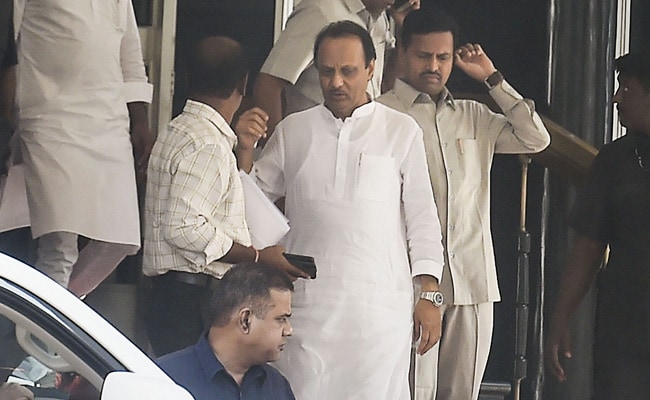 Ajit Pawar was sworn in as Maharashtra's Deputy Chief Minister on Saturday.

Ajit Pawar, Deputy Chief Minister of the new Maharashtra government, did not attend a memorial for the martyrs of 26/11, or the 2008 Mumbai terror attack, in Mumbai this morning. He has also not officially taken charge after being sworn in on Saturday morning in a controversial oath ceremony that saw the BJP's Devendra Fadnavis making a surprise comeback as Chief Minister.

Yesterday, Devendra Fadnavis took charge and also held his first meeting, to discuss a 'Climate Resilience Improvement and flood and drought Management Program' with World Bank representatives. In the photos tweeted by his office, his deputy was missing.

Earlier in the day, Mr Fadnavis got down to work in his new term by signing a cheque for the Chief Minister's Relief Fund. He also sanctioned Rs. 5,380 crore from the Maharashtra Contingency Fund to unseasonal rain affected farmers.

Mr Fadnavis went about his duties even as the Supreme Court, in an 80-minute hearing, said it would declare its decision on Tuesday on a petition challenging the way he came to power and requesting a trust vote at the earliest,

The BJP government has to prove his majority "within 24 hours" or by tomorrow, the Supreme Court ruled today on a petition challenging the surprise government formation by the BJP on Saturday.

Though the BJP, the single largest party, lost ally Shiv Sena over a power tussle, Mr Fadnavis returned to power aided by Ajit Pawar, who claims all 54 Nationalist Congress Party (NCP) MLAs are with him. NCP Chief Sharad Pawar has denied it and said all but Ajit Pawar, his nephew, are with the party.

Hours before the swearing-in, NCP had sealed a Shiv Sena-led alliance along with the Congress.