The BSF jawan's house in Khajuri Khas was torched during the violence on February 25. His colleagues have come forward to help Anees at this crucial time. 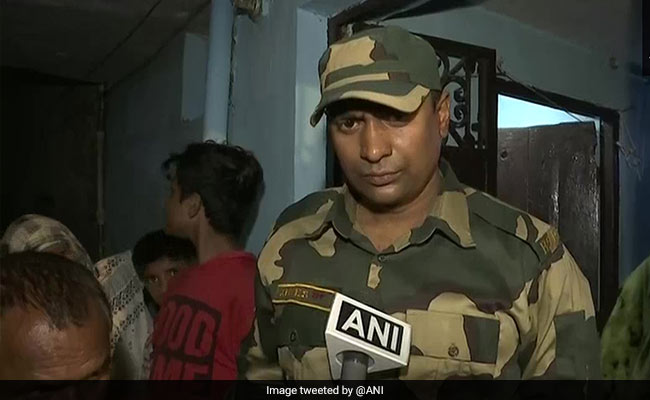 Border Security Force (BSF) jawan Mohammed Anees -- whose house was set on fire during the communal violence in north-east Delhi last week -- was presented an aid cheque of Rs. 10 lakh by Inspector General (IG) of BSF DK Upadhyay on Monday.

The BSF jawan's house in Khajuri Khas was torched during the violence on February 25. His colleagues have come forward to help Mr Anees at this crucial time.

Mr Anees is going to get married soon and preparations for the wedding ceremony were on at his house. BSF officials had also visited Anees's house along with him on Sunday. The BSF is also helping Anees rebuild his charred house as soon as possible.

At least 47 people, including a police head constable, have died while around 200 people have been injured in the communal violence that rocked north-east Delhi for four days.