For the second time in 10 days, the amount of 2.5PM- the deadly tiny particles that get into the bloodstream and lungs- hit "emergency" levels, nearly 20 times the safe limit set by the World Health Organization. 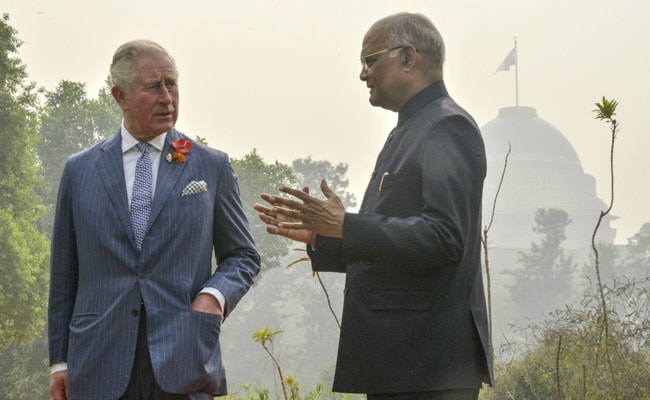 New Delhi has been choked on and off for weeks, as industrial and traffic pollution- combined with smoke from crop stubble burning- cast a toxic pall over the metropolis.

For the second time in 10 days, the amount of 2.5PM- the deadly tiny particles that get into the bloodstream and lungs- hit "emergency" levels, nearly 20 times the safe limit set by the World Health Organization.

With the government facing new criticism over steps taken to control the pollution, Prince Charles visited the Indian Meteorology Department as part of his two-day visit to India.

Prince Charles, frequently outspoken on green issues, was briefed on the crisis by Sunita Narain, a leading environmental activist.

She did not reveal details of her royal talks, but in a commentary last week said: "Every breath we take is poison."

Ms Narain has called for faster moves away from coal and other "dirty fuels" as energy sources, and said authorities are doing "too little too late".

India's top court joined criticism of the government on Wednesday saying authorities had made "little constructive efforts" to curb pollution.

The court has ordered a new clampdown on stubble burning- in theory already banned- on farms surrounding the capital.

It was acting because pollution "affects the vast majority of Indians."

Research released this year said the toxic smog across northern India cuts short the lives of around one million people each year.

The Delhi state government has taken measures including banning construction and only allowing cars on the road depending on whether the registration is an odd or even number.

The odd-even rationing is meant to end on Friday, but Delhi chief minister Arvind Kejriwal said it could be extended.

Local authorities late Wednesday announced all schools in Delhi would be closed due to the pollution.

"Looking at the worsening situation... Delhi government has ordered all government and public schools to remain shut on Thursday and Friday," Manish Sisodia, deputy chief minister of Delhi said on Twitter.

India has 14 of the world's 15 most polluted cities, according to the WHO.