Delhi rain: The Met office had warned of thunderstorm and rainfall at many places of of the national capital, Manesar, Gurugram, Sohna, Nuh and Palwal. 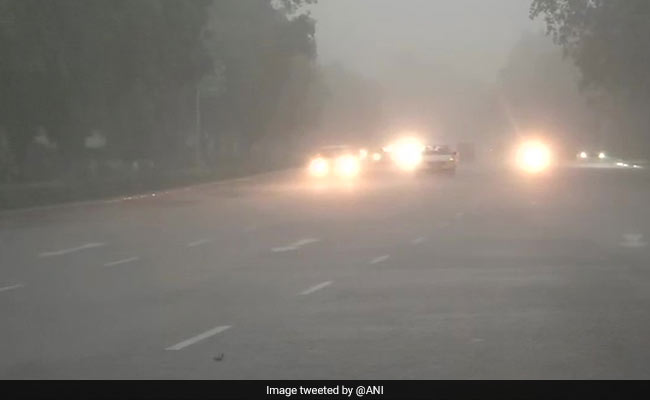 The weather office had earlier warned of thunderstorm with moderate to heavy rain and wind speed of 25-55 kilometre per hour at many places of the national capital, Manesar, Gurugram, Sohna, Nuh, Palwal, Faridabad, Ballabhgarh, Noida, and Karnal.

"Fairly widespread rainfall with isolated heavy to very heavy showers very likely over Delhi, Himachal Pradesh, Uttarakhand, Punjab, Haryana Chandigarh, Uttar Pradesh during the next two days," the Met department said.The intensity and distribution of rainfall are very likely to decrease after that.

On Sunday, the city saw the first heavy monsoon showers, which claimed four lives, including that of a mini-truck driver who got trapped in a waterlogged underpass. According to the India Meteorological Department, the Safdarjung Observatory had recorded nearly 75 mm rainfall on Sunday.