Delhi Covid update: The number of deaths due to the viral infection was slightly higher at 34, up from 29 yesterday. 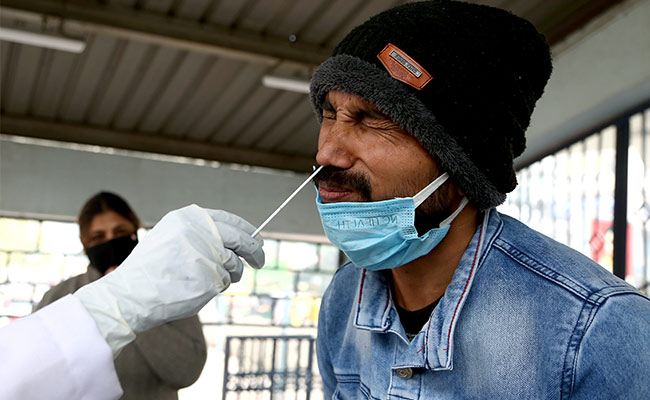 Delhi today saw a significant 42 per cent drop in fresh Covid cases. The national capital logged 4,291 cases today, down from 7,498 yesterday. The number of deaths due to the viral infection was slightly higher at 34, up from 29 yesterday. The positivity rate dipped to 9.56 per cent, down from 10.59 per cent.

The health bulletin stated that 9,397 patients were discharged in a day and less than 14 per cent of the dedicated Covid beds in hospitals were occupied.

According to government data, 26,812 patients are in home isolation.

The weekend curfew has been lifted in the city and cinemas have been allowed to open after a Delhi Disaster Management Authority (DDMA) meeting. However, the 10 pm to 5 am night curfew will continue. It was also decided that the odd-even measures will be discontinued, therefore, shops will be allowed to open every day. Bars and restaurants have been allowed to function at 50 per cent capacity. The number of guests at weddings has been raised to 200 from 20.

Government offices have also been allowed to reopen with 50 per cent of staff.

However, schools and colleges will remain shut for now. Deputy chief minister Manish Sisodia had said yesterday the Delhi government will recommend the reopening of schools during the DDMA meeting. He had said that school closures due to Covid did not only affect studies but also the mental health of school children.

On January 13, the city had seen a record high in daily surge with 28,867 infections. Two days later, the city saw a positivity rate of 30.5 per cent, the highest amid the third wave.