BJP MP Hema Malini said the lawmakers are skipping the sessions on pollution as it does not concern their states. 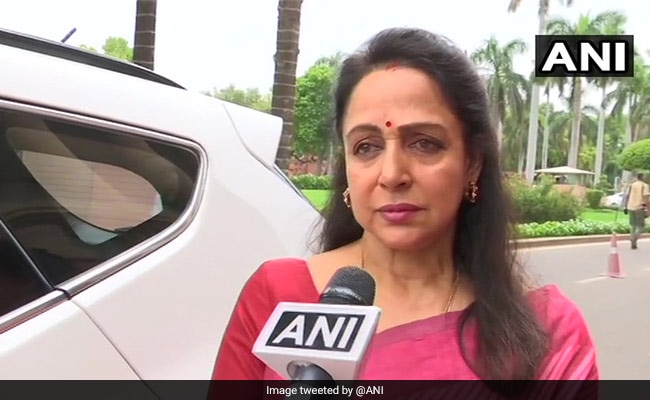 After several MPs gave parliament discussion over Delhi pollution a miss during the ongoing winter session yesterday, BJP MP Hema Malini said the lawmakers are skipping the sessions as it does not concern their states.

"May be the reason is that those who are connected to Delhi are participating and those belonging to other states are not taking much interest as there is no such problem in their respective states," the actress-turned-politician was quoted as saying by news agency ANI.

The Mathura MP said that pollution is the worst thing happening to Delhi right now and everyone has to work to get things right.

"We cannot leave it like that. Everyone should be serious about rectifying things," Hema Malini said before heading to a meeting of parliamentary panel on urban development.

Twenty-one members from the Lok Sabha are expected to take part in the meeting including BJP MP Gautam Gambhir who faced severe criticism from AAP leaders for missing parliamentary meet on pollution to commentate on the India vs Bangladesh cricket match in Madhya Pradesh. Hema Malini too had given that meet a miss.

On Tuesday, BJP MPs from Delhi - Ramesh Bidhuri and Hans Raj Hans - did not attend the discussion in Lok Sabha on air pollution and Union Minister and MP from the Chandni Chowk, Harsh Vardhan, spoke in the Rajya Sabha on the Surrogacy Regulation Bill.