After the farmers' Republic Day tractor rally violence, the Delhi Police have received 1,700 video clips and CCTV footage from the people till now to help with their investigation. 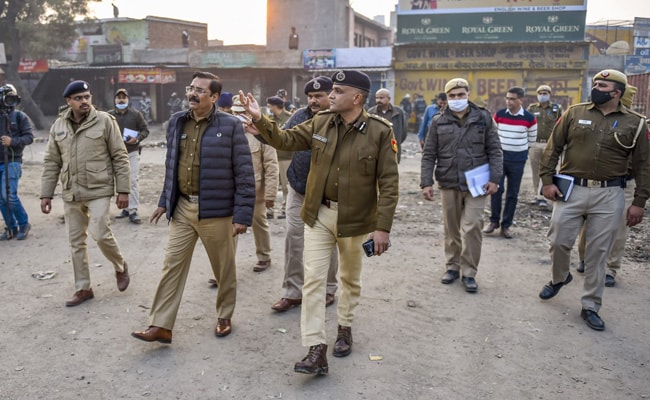 The Delhi Police have received 1,700 video clips and CCTV footage from the people till now related to the violence during the farmers' Republic Day tractor rally. They are taking help from forensic experts to analyse the material and identify the culprits, Joint Commissioner of Police (Crime) BK Singh said today.

Mr Singh said the Crime Branch, which is investigating the nine cases related to the violence including at the Red Fort and ITO, is also examining dump data of mobile phone calls and registration numbers of tractors.

He said a team from the National Forensic Sciences University has been called to analyse the video clips and CCTV footage related to the violence that left 394 police personnel injured and one protester dead.

On Friday, the Delhi Police issued an appeal in leading newspapers asking people to share any evidence or information about the violence.

"After our appeal, Delhi Police has received 1,700 video clips and CCTV footage from public related to the violence that took place during the tractor parade on Republic Day. Through videos, we will identify culprits who indulged in the violence," Mr Singh said.

He said that investigators are also analysing footage and photos taken from drone-mounted cameras and carrying out 3D mapping of the area vandalised at the Red Fort.

A team of forensic experts visited the Red Fort to collect samples.

Delhi witnessed violence during the January 26 tractor rally organised by protesting farmer unions to highlight their demand for repeal of the Centre's three farm laws.

Many of the protesters, driving tractors, reached the Red Fort while some of them hoisted religious flags on its domes and the flagstaff at the ramparts, where the national flag is unfurled by the prime minister on Independence Day.

After the protests, in its appeal, the Delhi Police said: "All members of the public, including media persons, who are witnesses to the incidents or have any information about the incident or have captured any activity on their mobile phones or camera, are hereby requested to come forward and give their statements/footage/picture in their possession at room number 215, second floor, Old Delhi Police Headquarters, ITO during office hours, on any working day or contact on 8750871237 or 011-23490094 or send e-mail on kisanandolanriots.26jain2021@gmmail.com."