Delhi May Face Water Crises As Punjab To Close Canals From Dam: Minister

Earlier on Sunday, the Delhi Jal Board (DJB) said water supply in several areas of east Delhi was hit due to repair work to fix leakage in Vikas Kunj area and added the supply is likely to be restored. 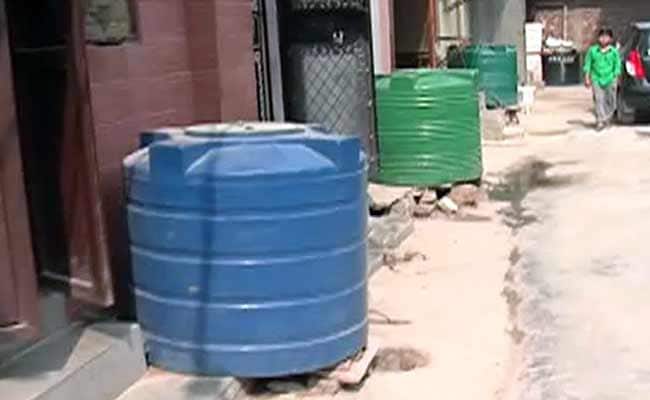 Delhi may face a huge water supply cut of 25% as canals from Bhakra dam will be shut: Minister

Water will be equally distributed across Delhi in case of shortage that may affect 25 per cent of total supply in the coming days, Delhi minister Satyendar Jain said on Monday.

The Punjab government has said the water supply coming from Bhakra will be halted, because of which there might be a huge shortage, approximately 25 per cent in total water supply of Delhi, Mr Jain told reporters when asked about effect on supply due to cleaning work of Munak Canal.

"Our team is in Punjab for further deliberations on this issue. There cannot be disparity in the sense that specific areas will face the shortage. Water is a necessity, and we cannot divide it between the rich and the poor. If a cut off happens, it will be equally faced by all," Mr Jain said, who is also the chairman of the Delhi Jal Board (DJB).

Meanwhile, water supply in around 90 per cent of affected trans-Yamuna areas was restored on Monday morning even as residents in some colonies complained of dirty water from the taps.

The water supply in many localities in east and northeast was affected on the weekend due to repair work undertaken by the DJB.

"Water supply resumed this morning after two days. But, the water was dirty and smelly and not fit for drinking," said Laxmi Nagar-resident Pawan Kumar.

The DJB officials said water may take some time to reach tail-end areas of the supply system like Mayur Vihar.

"Supply has resumed in 90 per cent of affected areas. It will take time for water to reach tail end of distribution system in Mayur Vihar," said a senior DJB official.

Mr Jain said there was a line in the Mayur Vihar area which was broken. Supply was restored within 48 hours.