While Manoj Tiwari spoke on the party's vision for Delhi, Nitin Gadkari highlighted the various city-specific development projects taken up by the BJP-ruled central government. 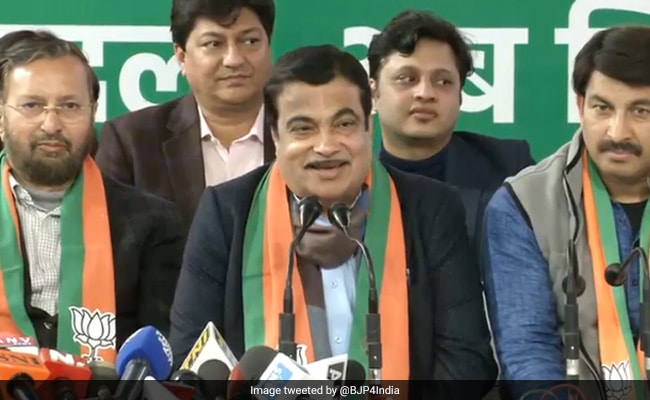 Nitin Gadkari termed battling air and water pollution as one of the main priorities of the BJP.

New Delhi: With only a little over a week for the Delhi elections, the BJP today released a manifesto that promised to address several "problems" faced by the city. The event was attended by Delhi BJP chief Manoj Tiwari, Delhi election in-charge Prakash Javadekar and Union ministers Nitin Gadkari and Harsh Vardhan, among others. While Manoj Tiwari spoke on the party's vision for Delhi, Mr Gadkari highlighted the various city-specific development projects taken up by the BJP-ruled central government. The BJP will be pitched against the ruling Aam Aadmi Party and the Congress in the elections, to be held on February 8.

Here are the top 10 takeaways from the BJP manifesto: