The Delhi elections will be held on February 8, and the votes counted three days later. 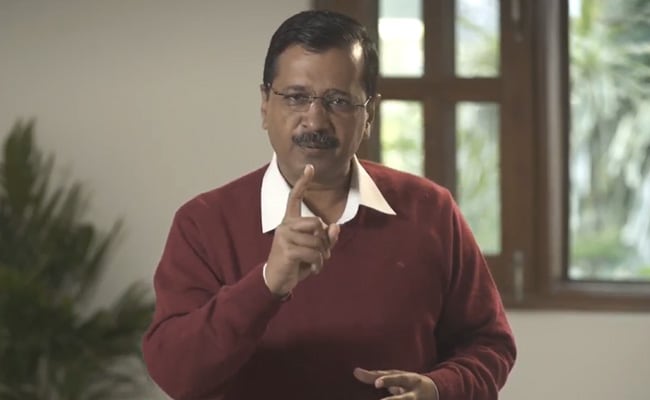 Arvind Kejriwal claims that Delhi has progressed considerably under his rule.

The war of words between the BJP and the ruling Aam Aadmi Party continued as the Delhi assembly elections inched closer by yet another day, with Chief Minister Arvind Kejriwal saying that Union Home Minister Amit Shah's jibes at institutions in the national capital amounted to "insulting" its people.

"Over the last five years, the people have worked hard to improve living conditions in Delhi. Two crore residents got together to ensure proper electric and water supply to its schools and hospitals. But what does Amit Shah do? He comes here and makes fun of their hard work," Arvind Kejriwal said in a video posted on social media on Sunday.

The city has witnessed a series of attacks and counter-attacks between the Delhi government and the opposition BJP ahead of the elections on February 8, with Amit Shah and his party colleagues accusing Arvind Kejriwal of running the city to the ground. The latter has largely responded with facts and figures supporting his government's claims while accusing the BJP of peddling misinformation.

In this address, the Delhi Chief Minister claimed that Amit Shah's attempts at tarnishing the AAP government's image will only end up angering the people. "A few days ago, he came and said that no CCTV cameras have been installed in Delhi. The very next day, people sent him a CCTV recording of his own speech. We have installed two lakh CCTV cameras so far, and I would advise the central government to do something similar instead of making fun of Delhi's residents," he said.

Arvind Kejriwal also dismissed the former BJP president's claim that the quality of education in Delhi has witnessed rapid deterioration ever since AAP came to power. "Government schools in Delhi registered 96 per cent results this year, and the credit for this goes to the painstaking efforts of 16 lakh students and their parents. This was a historic result, and it was not right of Amit Shah to insult our students and their parents with his remarks," he said.

The Chief Minister also pointed out that over 400 children from Delhi were in the process of clearing the Joint Entrance Examination for the Indian Institutes of Technology. "Now, even poor children can aspire to become engineers, lawyers and doctors, but all you do is make fun of them," he said, adding that the BJP would do better by improving the quality of education in its own states such as Uttar Pradesh and Haryana.

Arvind Kejriwal claimed that the BJP terms the people of Delhi as "sell-outs" just because they benefit from free electricity, water, bus services, education and medical facilities. "But while your tax targets are largely unfulfilled, Delhi's tax collection has doubled from 30,000 crore to 60,000 crore. You should look inwards instead of making fun of hardworking Delhiites," he said.

The Chief Minister said it was "unfortunate" that the BJP was criticising his government while the departments under its own control -- such as the Municipal Corporation of Delhi, Delhi Police and the Delhi Development Authority -- continue to flounder. "We -- the two crore people of Delhi -- are like a family no matter which party we support. We hope to develop Delhi together, and I hope that you will do your part by not insulting us," he said.

AAP won as many as 67 of Delhi's 70 assembly constituencies in 2015, leaving just three for the BJP. The fate of the next government will be revealed on February 11, when the votes are counted.