The court rejected Tahir Hussain's bail plea on the grounds that the investigation is at an initial stage at present and his custody was required. 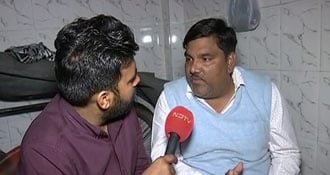 A Delhi court on Saturday denied bail to suspended AAP Councillor Tahir Hussain in a case related to violence in northeast Delhi over the Citizenship Amendment Act in February.

Additional Sessions Judge Tyagita Singh rejected Tahir Hussain's bail plea on the grounds that the investigation is at an initial stage at present and his custody was required.

Tahir Hussain had stated in his bail plea, filed through advocate Javed Ali, that the main accused in the case, Gulfam, was already in police custody, and Hussain was not named in the FIR as an accused.

The plea claimed Hussain has been wrongly dragged into the matter which appeared to be a result of a well-thought-out plan of his political rivals to falsely implicate him.

The applications seeking police custody and judicial custody by the prosecution have not entirely shown what Tahir Hussain was being  investigated for or why his further custody was required, the plea said.

Tahir Hussain has been charged for attempt to murder and criminal conspiracy in the case. The FIR was lodged on the complaint of Ajay Goswami.

Ajay Goswami had said that while he was going to his uncle's house on February 25, he saw a mob throwing stones. When he started running towards his uncle's house, something, supposedly like a bullet, forcefully hit him on his right hip, the FIR stated.

Mr Goswami alleged that the people standing nearby informed him that Gulfam and Tanvir, also an accused in the case, were engaged in indiscriminate firing.

He also claimed in the FIR that he heard people saying that several poeple were firing bullets, throwing petrol bombs and stones from the house of Tahir Hussain. Hussain has also been charged under the stringent Unlawful Activities (Prevention) Act in a separate case related to the February violence in northeast Delhi. He is also an accused in the murder of Intelligence Bureau staffer Ankit Sharma.