A Delhi Police Sub-Inspector, who had fled after shooting and injuring his girlfriend after a quarrel, has reportedly killed his father-in-law with his service revolver in Haryana's Rohtak, police said. 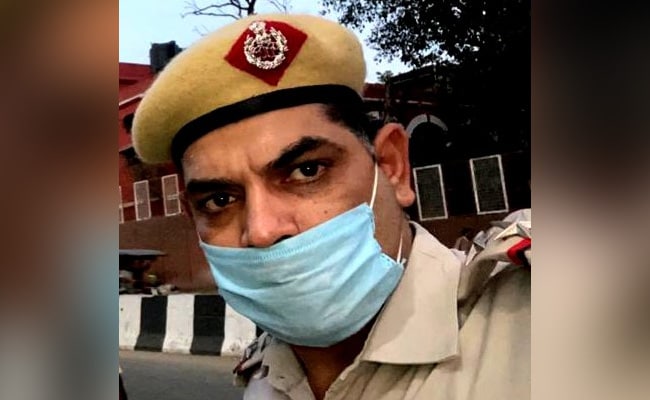 Delhi Sub-Inspector Sandeep Dahiya has been accused of killing his father-in-law in Haryana's Rohtak.

Delhi Police Sub-Inspector Sandeep Dahiya, who had fled after shooting and injuring his girlfriend after a quarrel late last night, has reportedly killed his father-in-law in Haryana's Rohtak today, police said.

The officer is on the run with his service revolver that he used to shoot the two people, police said, adding that efforts are being made to arrest him.

According to the police, Dahiya had gone to his wife's maternal home with the intention to kill her but instead shot her father Ranveer Singh, who died.

The 36-year-old policeman's wife and he have been estranged for many years and the two had been living separately, sources said.

For the past one year, Dahiya was in a relationship with another woman whom he reportedly shot during a quarrel and left by the road side on GT Karnal Road in north Delhi's Alipur area on Sunday, police said.

According to the police, Dahiya shot the woman when the two of them were fighting inside his car.

The woman was rescued by Sub-Inspector Jaiveer who reportedly spotted her while crossing the Sai Mandir on the GT Karnal road.

"While taking the woman to a nearby hospital, the woman said she had been shot by Sub-Inspector Dahiya, posted at Lahori Gate police station," Deputy Commissioner of Police (outer north) Gaurav Sharma said.

The woman's condition is stable, the DCP said, adding that a case has been registered against the accused under relevant sections of the Indian Penal Code.