SpiceJet Flight Emergency Landing: Following the standard operating procedure, the crew diverted the SpiceJet aircraft to Ahmedabad, where it landed safely, he added. 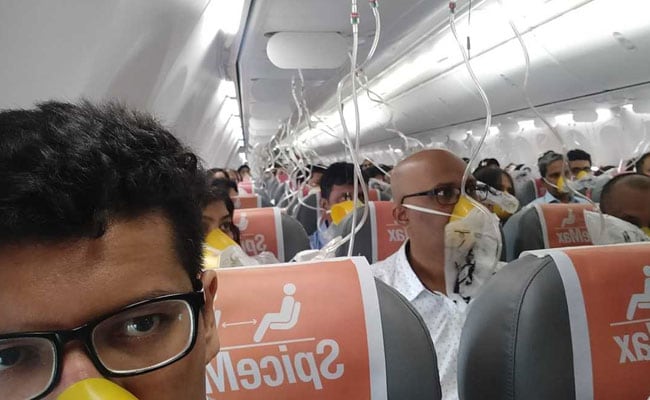 SpiceJet Flight: Oxygen masks were deployed after the aircraft had a cabin-pressure problem

Low cabin pressure mid-air forced a Delhi-bound SpiceJet aircraft from Mumbai, carrying over 100 passengers, to land at the city airport this morning under emergency conditions.

All the passengers on-board were safe, an airline spokesperson said.

Following the standard operating procedure, the crew diverted the aircraft to Ahmedabad, where it landed safely, he added.

There were over 100 passengers on-board the plane, the spokesperson said.