However, as news of the resolution to withdraw Mr Gandhi's award gave rise to protests, the Aam Aadmi Party (AAP) issued a clarification on the matter. 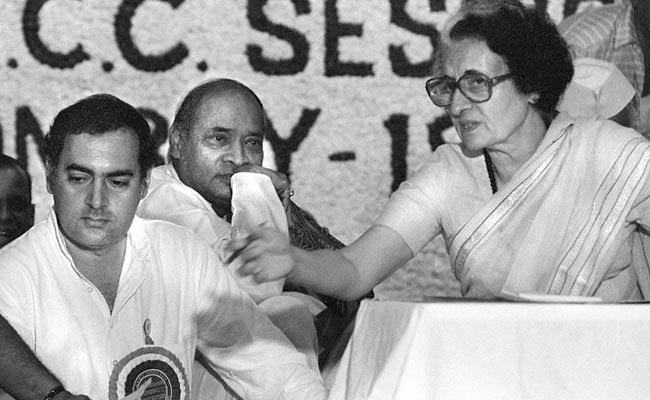 Rajiv Gandhi was accused of not curbing the riots that erupted after his mother's assassination.

The Delhi assembly today passed a resolution recommending the withdrawal of the Bharat Ratna award conferred upon former Prime Minister Rajiv Gandhi in view of his failure to control the mob violence that followed his mother's assassination in 1984.

Mr Gandhi was granted the award -- the country's highest civilian honour -- after his death in 1991. He was the Prime Minister when organised mobs rioted against the Sikh community after Indira Gandhi was shot dead by her bodyguards, resulting in the deaths of at least 2,800 people.

However, as news of the resolution to withdraw Mr Gandhi's award gave rise to protests, the Aam Aadmi Party (AAP) issued a clarification on the matter by pointing out that the portion related to the former prime minister cannot be taken into account because it was "handwritten". "Lines about the late Rajiv Gandhi were not part of the resolution placed before the house and distributed among members. One MLA in his handwriting proposed an addition/amendment about the late Rajiv Gandhi. Amendments cannot be passed in this manner," tweeted party MLA Saurabh Bharadwaj.

The resolution was moved by Tilak Nagar legislator Jarnail Singh.

Later, AAP MLA Somnath Bharti also weighed in on the matter. "I clarify that the amendment was not put to vote as an amendment and hence, there is no question of passing the same. Hope this answers the dispute conclusively," he tweeted. The Malviya Nagar legislator also claimed that it was him, and not Mr Singh, who had suggested the line on Mr Gandhi's award as an "amendment".

The resolution passed by the Delhi assembly noted that "justice continues to elude" the families of the victims of what it termed as one of the worst genocides in the national capital's history. It directed the Delhi government to impress upon the ministry of home affairs that it should take all necessary steps to include crimes against humanity in the country's criminal laws, as recommended by the Delhi High Court in a recent judgment.

Congress leader Sajjan Kumar was among several convicts who were sentenced to life imprisonment in a landmark judgment on the 1984 anti-Sikh riots earlier this week. The court today rejected the 73-year-old politician's request seeking more time for his surrender, and maintained that he has to turn himself in by December 31.

The house further recommended the establishment of special fast-track courts for wrapping up pending trials. "This house resolves to call this the worst riot and unambiguously a genocide. Any further delay (in providing justice to the victims) will only erode the credibility of the investigating agencies and the justice delivery mechanism in the eyes of the common man," the resolution read.

The Delhi Congress reacted to reports on Mr Gandhi's award being withdrawn by calling AAP the "B-Team of the BJP", and saying that the party has finally decided to show its "true colours".

"Rajiv Gandhi sacrificed his life for the country.True colours of AAP have come out in the open! I have always believed that AAP is the B-Team of BJP! AAP fielded candidates in Goa, Punjab, Madhya Pradesh, Rajasthan, Gujarat, Chhattisgarh just to cut the votes of Congress and help the BJP," Delhi Congress president Ajay Maken tweeted.