Aim To Make India One Among Top Countries In Defence Sector: Rajnath Singh

Rajnath Singh said the Defense Ministry has set a target of achieving a turnover of Rs 1,75,000 crore by 2024 in aerospace and defence goods and services. 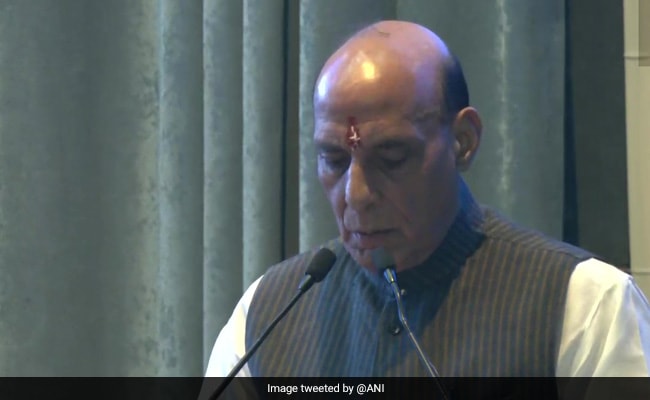 Defence Minister Rajnath Singh on Friday said that the aim of the government is to make India one among the top countries of the world in the field of the defence sector.

While addressing the launch event of seven new defence companies he said, "Our aim is to bring India among the top countries of the world in the field of the defence sector, from design to production, and export, with the active participation of public and private sector."

Mr Singh said that taking forward our resolve of 'Aatmanirbhar Bharat', the Centre has taken the historic decision to convert the Ordnance Factory Board (OFB), a subordinate office of the Ministry of Defence, into seven new 100 per cent government-owned corporate entities with professional management.

"Today, seven new Defence Public Sector Undertakings (DPSU) -- MIL, AVANI, AWE, TCL, YIL, IOL, GIL -- are being dedicated to the nation in the course of the reformative change. There could hardly have been a better opportunity for such reforms to achieve its new objectives," said the defence minister.

He further said that the Defense Ministry has set a target of achieving a turnover of Rs 1,75,000 crore by 2024.

"Today, the defence sector is moving fast on the path of 'self-reliance' and 'make for the world'. The Defense Ministry has set a target of achieving a turnover of Rs 1,75,000 crore by 2024 in aerospace and defence goods and services, including exports of Rs 35,000 crore," said Mr Singh.

As part of the corporatisation of the Ordnance Factories, the central government is launching seven new companies.

The government is converting the Ordnance Factory Board (OFB) into corporate entities.

These seven new defence companies will have 66 firm contracts worth Rs 65,000 crore from the three services and paramilitary forces.