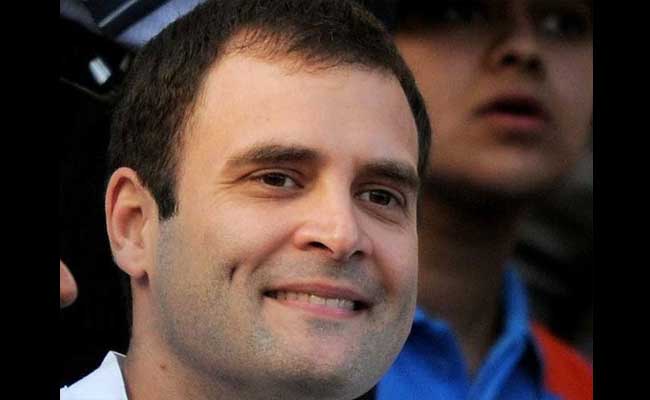 Rahul Gandhi is facing a defamation case for his alleged remarks holding RSS responsible for the assassination of Mahatma Gandhi. (File Photo)

New Delhi: The Supreme Court today decided to continue interim stay of criminal proceedings against Congress vice president Rahul Gandhi in a defamation case lodged against him for remarks allegedly holding RSS responsible for the assassination of Mahatma Gandhi.

During the hearing, the counsel appearing for Mr Gandhi did not agree to the suggestion of the bench that he can settle the defamation case by regretting his alleged statement.

The top court had on May 7 stayed the proceedings against Rahul Gandhi, pending before a magisterial court in Bhiwandi in Thane district of Maharashtra.

It was alleged by Mr Kunte, secretary of Bhiwandi unit of RSS, that Rahul Gandhi told an election rally at Sonale on March 6 that "RSS people killed Gandhiji".

He said the Congress leader had sought to tarnish the reputation of the Sangh through his speech.

Following the complaint, the magistrate's court had initiated proceedings and issued notice to Rahul Gandhi directing him to appear before it.

The Congress leader then approached the High Court seeking exemption from appearance and quashing of the complaint.

Rahul Gandhi's lawyers had argued that complaint was motivated and malafide and deserved to be quashed.

The prosecution had opposed the petition and argued that Rahul Gandhi can plead his case and lead evidence during trial before the magistrate.

The High Court had dismissed the petition and refused to grant stay on its order. It had allowed the Congress leader time to appeal against its order in the Supreme Court.
Comments
Rahul GandhiRahul Gandhi Defamation CaseRahul Gandhi Comment of Mahatma Gandhi AssassinationRSSSupreme CourtCongress