Can Review Move To Open Cantonment Roads To Public, Hints Army Amid Row

According to a decision taken during a meeting convened by Defence Minister Nirmala Sitharaman recently, it was decided that all closed roads in cantonment areas will be reopened immediately. 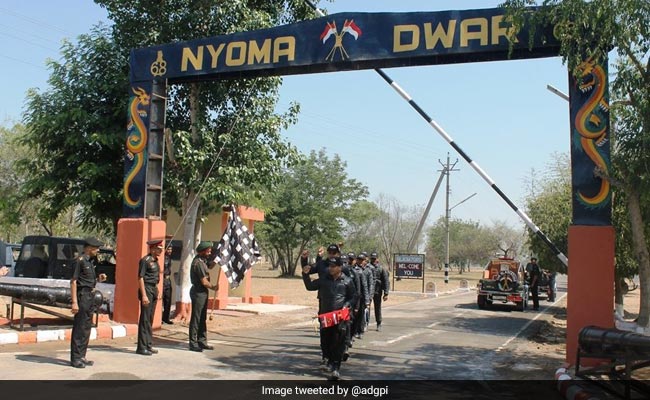 New Delhi: Any decision on opening up cantonment roads across the country to the public will be taken based on feedback from local military authorities, the army said on Monday, amid concerns raised by officers and their families.

In a statement that indicated that the move was open to review, the army said the opening of cantonment roads is a "deliberate, calibrated and monitored exercise" aimed at streamlining the process of assessing whether the roads should be shut to traffic when needed.

"After giving due thought to the likely implications on the opening of roads, a considered decision was taken to open roads in military areas for one month and thereafter review the nature of traffic passing through these areas. The decision on opening or closure of roads will be taken after a feedback from Local Military Authorities (LMA) on whether roads can be opened for civil traffic, completely, selectively or as in the past," said the statement.

On Sunday, Defence Minister Nirmala Sitharaman had also indicated the government's readiness to review its recent decision to allow civilian access to all roads in military cantonments across the country.

Army officers and their families have reportedly expressed strong objections to the move, flagging security concerns in reopening roads in military cantonments to civilians.

A countrywide signature campaign has been launched by army wives against the government decision. They say they will meet the Defence Minister to urge her to cancel the move.

Promoted
Listen to the latest songs, only on JioSaavn.com
The army's statement said, "There seems to be some apprehension in the minds of military personnel and their families that the opening of roads may lead to a security situation or traffic congestion. A free hand has been given to the LMA (local military authorities) to close and control access to the cantonments when there is actionable intelligence input or in case of emergencies."

It promised a simpler procedure to address the needs of the public as well as the military establishment.
Comments
Nirmala SitharamanLocal Military Authorities LMAArmy Cantonment