Six of the seven remaining accused have been declared innocent; the seventh died while the investigation was taking place 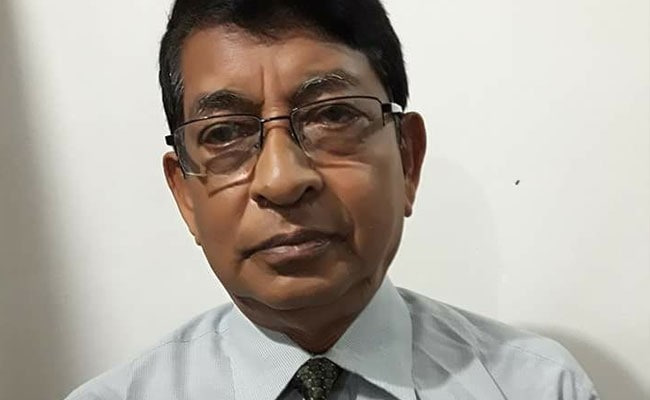 Dr Deben Dutta, a graduate from the Assam Medical College in Dibrugarh, retired in 2005

A district court in Assam has convicted 25 of 32 people accused of the killing of Dr Deben Dutta, a retired medical professional who had volunteered to work at the hospital of the Teok Tea Estate in Jorhat and was brutally attacked by plantation workers in August last year.

Six of the seven remaining accused have been declared innocent. The seventh died while the investigation was taking place.

The quantum of punishment for those found guilty will be pronounced on October 19.

Dr Dutta, 73, was dragged, kicked and punched by a mob of people - some of whom even cut him with shards of glass - allegedly furious he was not present when a fellow worker died. The worker had been brought in a critical state. A nurse administered saline but the worker died.

The doctor arrived at the hospital about three hours later, unaware of the mob that would set upon him. The father of two died moments after he was rescued by the police later.

The savage assault made headlines last year, with the medical fraternity condemning the attack. Friends and colleagues recalled a soft-spoken and amicable person who was well-read, well-respected and seen by patients as a dedicated doctor.

A graduate from the Assam Medical College in Dibrugarh, Dr Dutta joined the Teok Tea Estate first in 1972 and worked there for 11 years. He worked at many other Tata Tea estates - Hattigar, Kakajan, Jorhat and Naharani - before retiring in 2005.

He took charge of the company's welfare wing, based in Guwahati the same year and returned to his first workplace, Teok, in 2014 and offered his services as a medical officer there.

Teok is a tea garden under Amalgamated Plantations, which is a Tata Tea enterprise.