Day After Joining BJP, PM's Trusted Aide Named For Key Polls In UP

Arvind Kumar Sharma has spent years in Prime Minister Narendra Modi's team and is among his most-trusted aides. 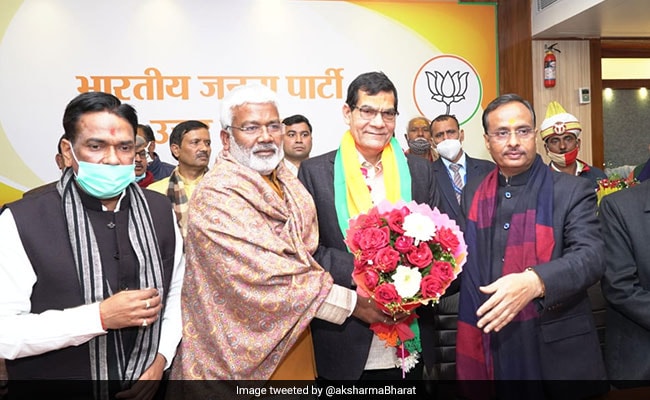 Former IAS officer Arvind Kumar Sharma was named BJP candidate for the legislative council polls in Uttar Pradesh, a day after he joined the party, days after he opted for voluntary retirement from the service. Elections to 12 Legislative Council seats will take place on January 28.

Mr Sharma -- who has spent years in Prime Minister Narendra Modi's team and is among his most-trusted aides -- had surprised many after he applied for voluntary retirement this week, two years before his term was to end.

A 1988 batch Gujarat cadre IAS officer from Mau in UP, Mr Sharma had long been one of the trusted bureaucrats of PM Modi since his tenure as Gujarat chief minister.

He joined the Prime Minister's Office in 2014, when the BJP came to power after a landslide victory. He was moved to the critical MSME ministry in May, when the government was working on a relief package for the sector badly hit by the coronavirus lockdown.

Twelve legislative council seats in Uttar Pradesh will go  to polls on January 28.

In the 100-member UP Legislative Council, the SP has 55 MLCs, BJP has 25 MLCs, BSP has eight MLCs, Congress and ''Nirdaliye Samooh'' have two MLCs each and Apna Dal (S) and ''Shikshak Dal'' have one MLC each. There are three independent MLCs and three seats are vacant.

5 Facts On Karhal, From Where Akhilesh Yadav May Fight UP Polls